Snowpiercer will probably never get the kind of recognition most widely released films get, but it sure has hell of a chance having a long shelf life on the indie circuit. Bong Joon Ho adaptation of Snowpierecer is no ordinary comic book adaptation, it’s in a class of its own. The film based on the cult French comic book series Le Transperceneige has strong political allegory, which is all balanced out with some terrific action sequences, stellar set pieces, and sci-fi themes that have the potential to be real in the near future. Bolstered by an all international cast, Snowpiercer is just the kind of action film moviegoers will be looking for if they are already bored by tentpole blockbusters. Hit the jump for the full review.

The film is set twenty six years in the future, where humans have attempted to curb global warming by cooling down the earth using freezing devices that were launched into the atmosphere. Unfortunately, things do not go as planned, as those same devices plunged the Earth’s temperature into catastrophic freezing conditions. Survivors of the disaster now live aboard a train called the Snowpiercer, which is self-sustaining, and perpetually runs across the global. Those who live on this train are segregated to different parts of the car, each car representing a different social class. The further back you live on the train, the lower the class.

As you can imagine, the living conditions on the tail section aren’t ideal, and passengers in the back are planning to revolt and take control of the front of the train. Leading the charge is Curtis (Chris Evans) a young passenger who is afraid of what may come of their success. Minister Mason (Tilda Swinton) is the opposing force that stand in Curtis’ way, who rules the train with an iron fist, and harsh demonstrations of punishment should anyone even think of unruly behavior.

Part of what makes Snowpiercer work so well is the anticipation. The anticipation of what you can expect to see in each car, with each and every new car they enter they see what they have been deprived of, and what everyone else hasn’t seen. The war of the “haves” and “the have nots.” This is thanks in part to cinematographer Kyung-pyo Hong, who created this believable world of people living the rest of their lives on a train. While each and every car is as wondrous as the next, they also bring the complications of actually living on a train, which is being confined into tight quarters. All these characters are restricted in their movements, none of them actually are able to roam because of the limited amount of space. So while the cars towards the front are the kind of cars everyone dreams of living in, those towards the back live in a car that resembles a prison.

And as the group moves forward to new cars, each of them presents its own set of problems, whether its the military, highly trained killers, school teachers, or passengers aboard the EDC train, Snowpiercer feels more like something that resembles Ten Little Indians, with each member or Curtis’ tribe falling victim to one circumstance or another. But this only helps the film, as new developments arise, and you slowly start to see the character developments building within the film, making it that much more of a wonderful experience. This includes tail end passengers experiencing luxuries they never could have dreamed of, like walking in an aquarium or seeing what a sauna room looks like.

With the characters aboard explaining that previous revolutionists either died trying to take the front car or died by freezing to death they they broke out of the train, it’s hard to get a grasp on what exactly happened that forced these people on the train and how they ended up getting in these cars. Of course, not every movie can explain these sorts of questions, certainly not in a 125 minute time span. But accepting the fact that they have been put into these cars just because makes the film’s reasoning seem a bit hollow.

Plotholes aside, one of the things to standout in this film are the performances. Evans is absolutely incredible as Curtis, whose denial to be a leader is a stark contrast to his role as Captain America, who is more likely to accept the job as leader. Curtis’ past is what holds him back, but is followers (Jamie Belle, Octavia Spencer,) give him some sort of false motivation to act on this revolt. On the opposite end of that spectrum is Swinton, she provides that balance the film needs by giving a somewhat hammy performance playing Mason. You see Mason is every bit of the crazed villain you imagined she would be. She is a lunatic, who isn’t afraid to show just how powerful she is. She even has well dressed lackeys do the dirty work.

Though this is definitely Evans and Swinton’s film, Snowpiercer still has a very strong and diverse cast. Spencer plays a mother desperate to get her son back after he was taken away from her for unknown reasons. Bell plays as Curtis’ loyal confidant who seeks of his approval, with John Hurt playing the dismembered wise sage of the tail end who gives Curtis the advice and courage he needs to move to the front of the train. Ed Harris is your Oz-like character, and Allison Pill is a deranged school teacher who brainwashes young students with childish tones and Snowpiercer history videos. Then there’s Korean engineer (Kang-ho Song) and his daughter (Ah-sung Ko), both whom contribute in their own and unique ways.

Though the film has a strong first to acts, it does start to falter towards the closing credits. While Weinstein fought for the runtime and voiceovers, the real issue of Snowpiercer lies within the ending itself. For everything that these characters go through, ending it the way Joon-Ho ended it, makes the film feel, once again, a bit hollow.

Still, given what these characters went through, I think I am willing to overlook the ending, because Snowpierecer really is one of those special films that doesn’t require you to watch preceeding films or be a fan of the source material. You just have to know what is going on with the characters and their surroundings. And if you are able to overlook the ending and some of those minor plotholes, then you can have a great appreciation of watching a film that takes place entirely in a train. 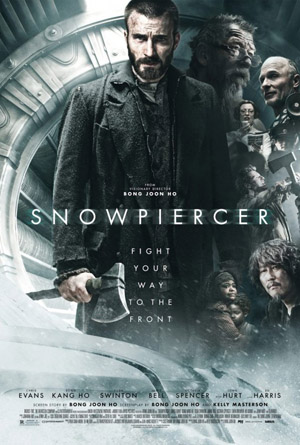 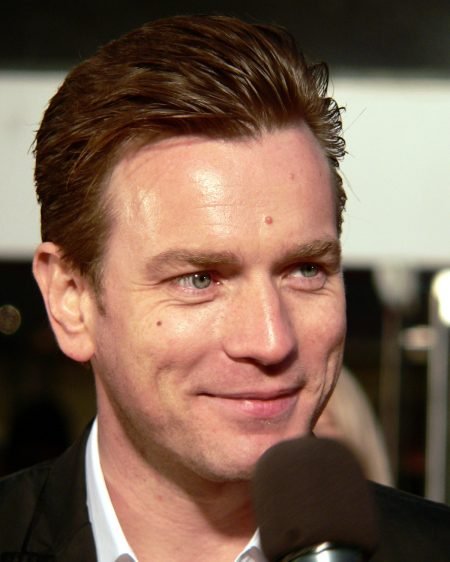