One aspect about the Teenage Mutant Ninja Turtles property that I have always enjoyed is that the four main characters have such unique personalities that fans tend to gravitate towards one in particular as a favorite. A new social media campaign for the upcoming Teenage Mutant Ninja Turtles film hopes to take advantage of that personal connection by having fans choose their respective turtle “team” with the promise that the more who participate, the sooner four new posters and an exclusive trailer will be released. Read on for more details.

Updated: We have the posters for Leonardo and Michelangelo. Hit the jump to see them both. The original article follows.

TurtleReveal.com currently features the silhouettes of the four heroes in a half shell. To vote for your favorite, simply click your selection, log into Twitter, and tweet your allegiance—either to #TeamLeonardo, #TeamMichelangelo, #TeamRaphael, or #TeamDonatello.

As the tweets roll in, the character silhouettes will gradually fill with each turtle’s respective color. Once a character’s silhouette is filled, an exclusive poster featuring that turtle will be released. Once all four posters are unlocked, we will be treated to a brand new trailer.

As of this writing, #TeamMichelangelo appears to have a slight lead, but it will be some time before his poster is revealed. My guess is the posters will be released throughout the week, with the new trailer strategically dropping right before Friday’s release of Transformers: Age of Extinction, where it will almost assuredly also be attached.

We all have a favorite Teenage Mutant Ninja Turtle. Be sure to tweet out yours, and catch the film when it hits theaters on August 8. 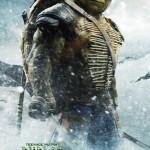 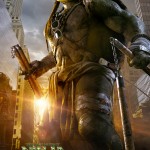 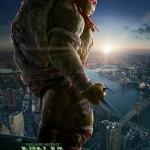 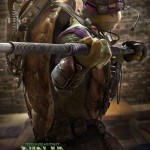