We should all be excited about The Purge: Anarchy for a variety of reasons. One its a sequel to the low budget horror film that grossed $89 million on a $3 million budget. The other, is the fact that there is a nationwide Purge Breakout Fan Experience being carried out. No one could have seen the success of The Purge coming, and it will be exciting to see how Universal continues to market the franchise from here on out. To avoid some of the pitfalls of retreading the same story with the same family, The Purge: Anarchy goes a different route, by focusing on the low income families, those who accidentally get caught in the Purge, and those who are looking for vengeance.

A new featurette has popped up online detailing what kinds of characters will well see in the highly anticipated sequel, as well as some new footage. Hit the jump to see it.

Courtesy of IGN, the new Purge: Anarchy Featurette takes a look at five new characters, Leo Barnes (Frank Grillo), the unsuspecting hero of the film; a young couple (Kiele Sanchez and Zac Gilford) trying to avoid the Purge; and a mother, Ava (Carmen Ejogo), and daughter, Cali (Zoe Soul). All five haphazardly cross paths, and must rely on Leo to survive the night. We learn quite alot about these characters, but the featurette tells us more about Leo’s struggles as a grieving father.

“The Purge is a night where all crime is legal and all hospitals, fire stations and police stations in the United States are closed down for 12 hours. A couple (Zach Gilford and Kiele Sanchez) are driving home to their kids when their car runs out of gas just as the Purge commences, and they flee from masked attackers on motorcycles and minibikes. Meanwhile, a man (Frank Grillo) goes out into the streets to get revenge on the man (Brandon Keener) who killed his son and a mother and daughter (Carmen Ejogo and Zoe Soul) run from their home after assailants destroy it. The five people meet up as they attempt to survive the night in Los Angeles.” 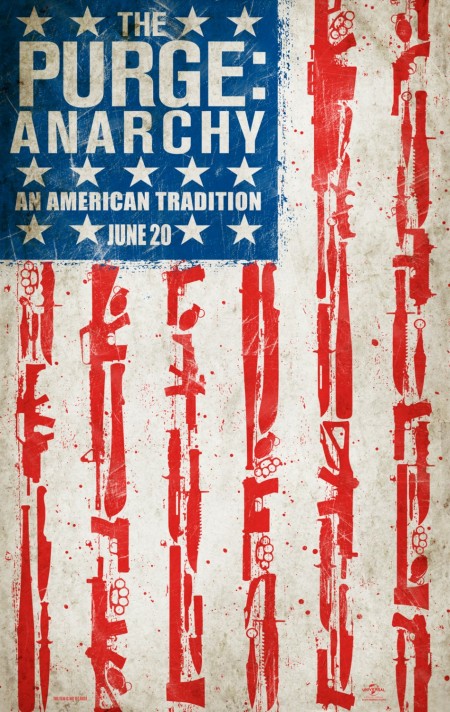