Listen To The Entire “Guardians Of The Galaxy” Soundtrack Now

Normally movie score titles would ruin critical plot points, and as such, many fans anticipating said film would avoid even looking at what the a soundtrack contains. However when a soundtrack is comprised of songs, it is a little bit different. Sure they may not be a spoilerly as a score title, but song titles can set the tone for certain aspects of the film, and as such, fans would probably want to avoid them too. But what makes James Gunn’s Guardians of the Galaxy a little bit different is that the soundtrack is completely comprised of an awesome mix of music from different generations.

As seen in the header image above, the soundtrack for Guardians of the Galaxy is appropriately titled Awesome Mix Vol. 1. While the Vol. 1 may just be there for looks, the mix itself is indeed Awesome, and since it consists of music that has already been released, the entire playlist has already been uploaded on Spotify, which means it is now available for you to listen to. Hit the jump to check out the entire playlist. 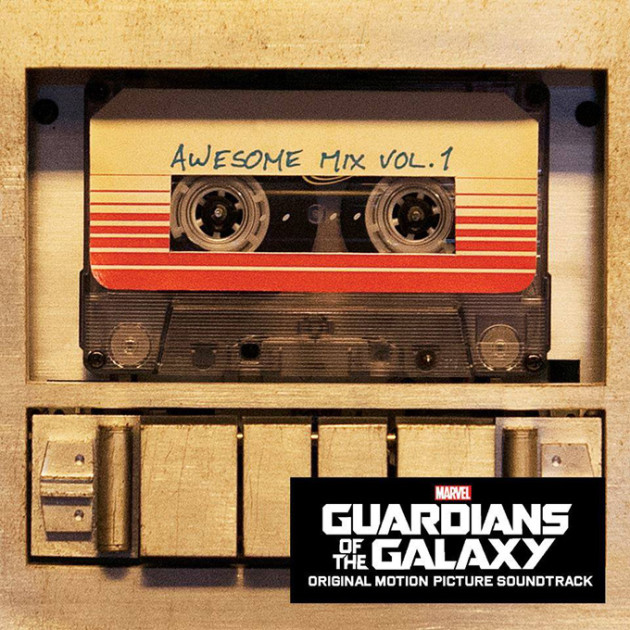