The Teenage Mutant Ninja Turtles were never meant to be taken seriously. In fact they were suppose to be a parody of the modern superhero. They have since then evolved into being one of the many icons in pop culture. Three live action movies and one animated movies – and let’s not forget the comics and countless animated series iterations – later we have reached the point where we needed a CGI live-action hybrid. And while it may be time to introduce these heroes to a new generation, it seemed like a lot of effort went into making this Teenage Mutant Ninja Turtles, from Michael Bay‘s Platinum Dunes – as disposable as possible.

The action is terrifyingly dizzying to a point where it hurts. The characters have near to zero likability. However, the story is somewhat descent. And for once Megan Fox isn’t hypersexualized, but that doesn’t really do anything for the film anyway. There is a lot stacked against this film, and there is very little redeeming factors to it. But that doesn’t make a complete disaster, but it also doesn’t make it something to get excited over.

Hit the jump for the full review.

If seizure and a stroke had a kid, I’m pretty sure they would name it Jonathan Liebesman‘s Teenage Mutant Ninja Turtles. The newest adaptation of the cult classic combines the dizzying action of diseased rabid monkeys fighting over a jar of marbles with the character development of a giant slab of marble. You get the feeling that there was pressure to have zero focus on the titular characters, and more focus on the humans Which seems to be a very common problem with these Michael Bay-produced adaptations of cult classics like Transformers. This whole notion that the film tries to humanizes the turtles by ignoring them and focusing more on Channel 6 investigative reporter April O’Neil (Fox) and her cameraman partner Vern (Will Arnett) was really just one of the many problems that contributed to this gigantic mess.

In the film, April is looking for that one news piece that will help establish her career, but is forced to do substandard local news pieces. The Shredder and Foot Clan – who are already established characters – have caused chaos and terror on New York City by committing all sorts of crimes which include robbery, battery, and kidnapping. April’s persistence in finding a story about the Foot eventually leads her to discovering the Turtles stopping a robbery in progress. So after the turtles save her from certain harm, we learn that April had a connection with her saviors, and discovers that they were the same pet turtles she took care of at her father’s lab when she was younger.

Everything that the turtles are – from their names to what they eat – are because of April. They did however learn their ninjitsu from Master Splinter (voice of Tony Shalhoub), who actually learned his skills from a book that just so happened to be in a sewer. And even then, their origin story is hastily rushed through a montage that doesn’t seem to add up. But there are some aspects of the characters that they stayed true to, like Leonardo being the level-headed leader, Donatello being the smartest of the group, Raphael being the Turtle with anger issues, and Michelangelo being a (horny) party-dude. Again, these characteristics are merely glossed over, and we don’t even get a small explanation of how the characters developed these traits.

But hey, it’s a Michael Bay-produced film, character development isn’t exactly a top priority. So let’s just move on from that. The action. There is a lot of it, can best be described as a series of a high speed rotation of giant strobes of light. Nothing makes sense when the Turtles, Splinter, the Foot, or the Shredder are fighting. There are times where the fighting just stops, almost as if it was telling us, it’s not worth our time to tell us about how or why a character exits a scene. All of it looks like a blur. Adding 3D to the fact really doesn’t help the film, in fact, it just is another nail in the coffin.

Okay, so let’s try to let that one go as well. The story is half-way descent, provided you suspend disbelief and look past all the loopholes in the film. A nice twist is wasted nearly five minutes into the film. And those rare moments we get with the turtles does provide a sense of brotherhood, humor, and charm. Whether it’s the brothers banding together during one of Splinter’s punishments or breaking out for a spontaneous beat boxing moment, whenever the brothers are together doing charming things, does the film shine. But there is so little of it, and Turtles finds a way to jump back into giving us another giant throbbing headache. With so much potential to be the film it was suppose to be, it’s not entirely surprising it turned out to be such a disappointment.

Turtles doesn’t care about why we should care about any of the characters, humans, turtles, rats, or otherwise. The film literally hits the ground running, and expects us to keep up with its pace. It forgets to build a world, and is focused on getting through the story at lighting speed. With such dizzying action, there will be times where it’s hard to tell what exactly is going on or if what we saw was a blur or just an ill-timed eye twitch.

Where Turtles does excel at are the visuals, and the semi-interesting story. But everything else just falls apart. The film just suffers from a lack of characters we should care for, or give us a reason to be on the edge of our seats whenever the Shredder starts to kick shell. The film forgets to be funny and action-packed, and overstuffs itself with outdated one-liners, blurry action sequences, and action sequences that seem to end abruptly. What is true is that this isn’t the Teenage Mutant Ninja Turtles we remember from the 80s and 90s. 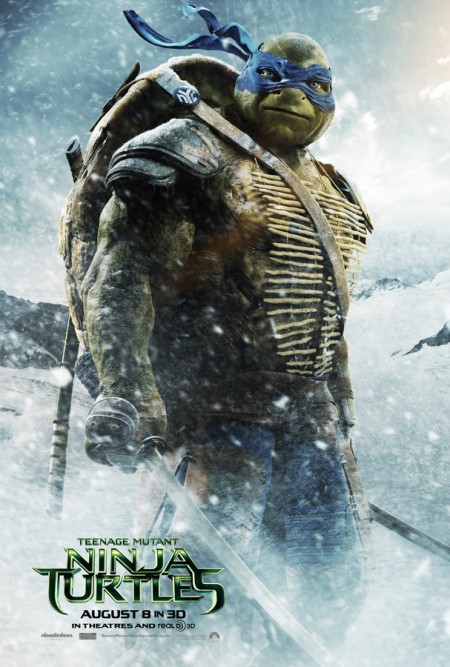