The Expendables franchise has reached it’s third installment, The Expendables 3, with a possible forth on the way. You’d might think that Lionsgate’s lucrative franchise would get better and more interesting with each and every new installment, but it doesn’t. In fact it feels like you are watching some of the greatest action heroes just putter along and react to whatever explosive scenario they have managed to stumble onto.

But if you take the film for what it is worth, and just watch it for the sheer enjoyment, then it might make the film a little bit less painless to watch. Because there are some really fun moments in the film, hints of humor and self-deprecation, and some nice action sequences. Hit the jump for more.

After breaking a Doc (Wesley Snipes), a former Expendable, out from a prisoner transport, the Expendables are sent out on a mission to stop a deal between a radical and a dangerous arms dealer take place, while they are somewhat successful, the mission isn’t without it’s huge revelations and casualties. Barney (Sylvester Stallone) learns that the weapons dealer is actually Stonebanks (Mel Gibson), the co-founder of The Expendables. Realizing that age might be catching up to them, Barney sets out to find young blood John (Kellen Lutz), a former Navy Seal; Luna (Ronda Rousey), a nightclub bouncer; Mars (Victor Ortiz) a sharpshooter; and Thorn (Glen Powell) a expert hacker and climber. Barney then sets off with his new team and nearly captures Stonebanks, only to fail once again. Now it becomes a mission of rescuing his new team with his old one and bringing Stonebanks to justice.

The Expendables films never had a lot to go on to begin with. Plot structure and character development aren’t exactly a top priority for these films as it looks for an excuse to execute somebody. Even with the downgraded PG-13 rating, the characters find some sort of way to insert themselves into a dangerous situation just to get the blood pumping. It makes each and every action sequence unearned and bloated. Shoehorned would be a very subtle way of putting it. But it doesn’t make the action look any less cool.

And in between those action sequences we get a whole lot of jibberish that doesn’t seem to make any sense. There doesn’t seem to be any cohesiveness or chemistry between any of the characters. The new characters only make the film look like it’s being pumped full of hot air. We don’t even get any time to get familiar with who they are because The Expendables 3 is just rushing through the dialogue just to get to shoot a few more guns, throw more punches, and ignite some big bombs for some even bigger explosions.

But you can’t fault director Patrick Hughes for any of that. Nor can you fault Stallone and his co-writers Creighton Rothenberger and Katrin Benedikt. This is the kind of film that will go no where, and just stay put. It is perfectly content with what it is and what it will be, which is an action film full of burly first-class classic action stars shooting guns. There really isn’t more to it than that. And that makes it all the more sad considering that with all that talent, there could have been the potential to make something halfway descent.

While The Expendables 3 seems to stumble along at every opportunity, the only ones who look like they are actually enjoying themselves are Gibson and Antonio Banderas. Gibson plays an absolute lunatic who has no problem making an example of people by shooting a round into them. His crazed mannerisms and confidence in thinking he will come out the winner is really fun to watch. But if you wanted to get a good laugh, then Banderas’ Galgo is right up your alley. Galgo is a special ops fighter who is desperate to join the team, even going under different alias to try to prove himself to Barney, although it doesn’t work every time.

The biggest problem with The Expendables 3 is that there is so much going on at once, you start to forget there is an actual movie going on in front of you. The choppy editing, which is complimented by the lack of interesting characters, not to mention the incoherent action sequences make this film a huge mess. Though I could understand why Lionsgate and Millennium would have wanted the film to be PG-13, the new ratings downgrade seemed to hurt the film more than helped. If you are surrounded by actors who are best known for playing characters known for their kill counts and brutality, then it’s probably best that the blood splatter in the film would stretch far and wide. But the only thing that would remotely resemble an R rating is one lousy “fuck” being said ever so casually.

Again, if you take the film for what is worth, then The Expendables 3 just might be the best Expendables film yet. 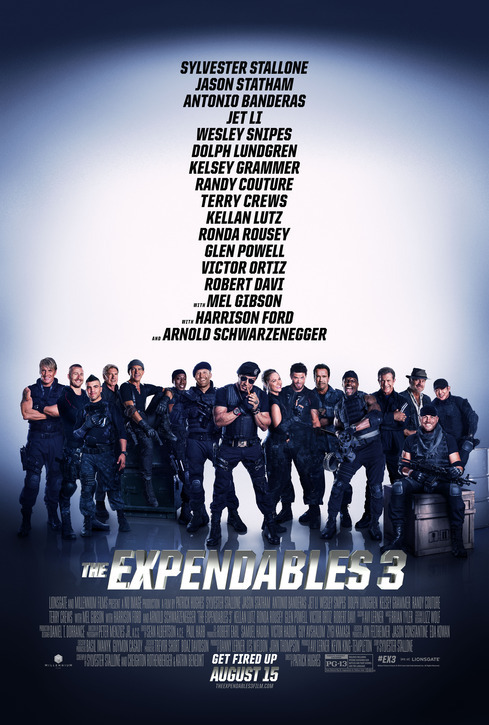 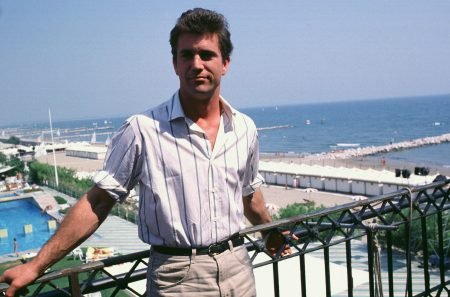