With Kevin Smith‘s new horror film Tusk being released soon on September 19th, several movie theaters have a promotional cardboard standee for the movie with a hole cut out, so you can have someone take a picture with your face where the Walrus’ face should be. If you don’t have time to run out to your local theater to do that, they’ve made it easy for you to “Tuskify” yourself from the comfort of your very own computer chair. Check out all the details on how to do that after the break.

Here’s Kevin Smith using one of the theater standees to “Tuskify” himself: 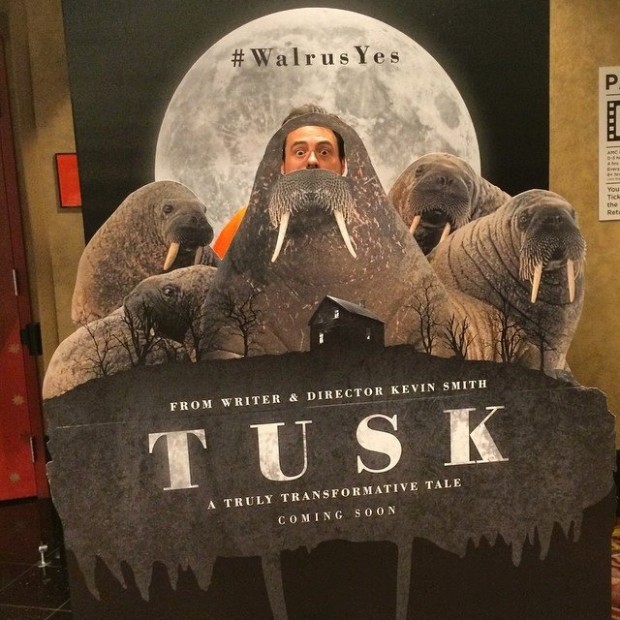 In order to “Tuskify” yourself via the web, all you need to do is go to the Tusk site and you can either upload a “front facing” photo of yourself or activate your webcam to create one. Here’s  a screen capture of what the “Tuskify” page looks like. 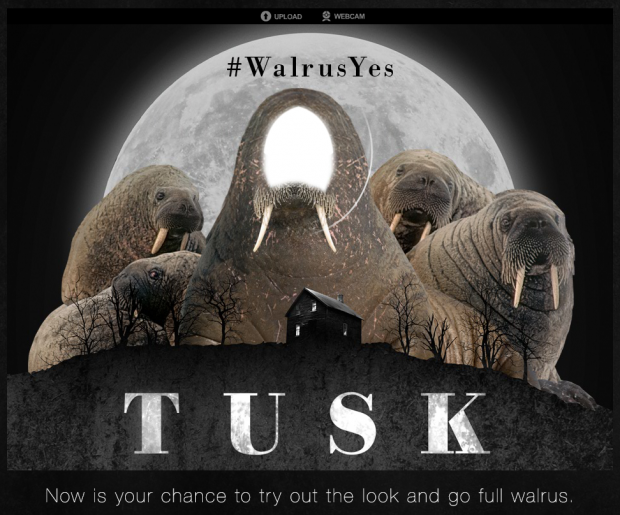 The site will allow you to scale, rotate and adjust the image, so it fits in the Walrus’ face. Once you’re done, you can share your Tusk promo image to all your social media platforms. They recommend accompanying your post with the film’s hashtag “#WalrusYes.”

After you’ve “Tuskified” yourself, if you’d keep up to date on all things Tusk, you can “Like” the film on Facebook and follow it on Twitter. If you want to know about the medical marijuana dispensary tie-in for the film, you can check out our article on it here.