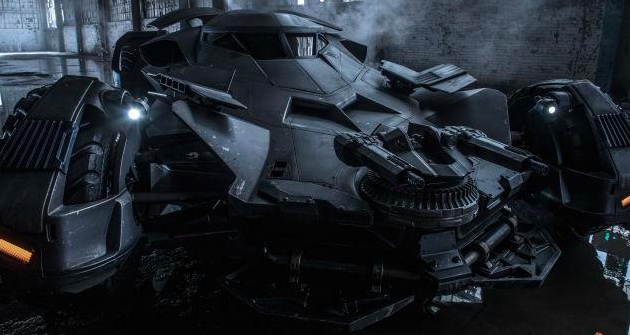 Over the weekend there was a rumor flying around that someone actually stole the Batmobile off the set of Batman V Superman: Dawn of Justice. How cold something the big and bulky get stolen off a secure set, but stay hidden away in a major city like Detroit? While I may not know the insurance coverage for this, it seems that the stolen Batmobile was nothing more than a publicity stunt. And to add some more fun to this, director Zack Snyder tweeted a photo of the culprit. Hint: Snyder is currently in a twitter war with this movie. Hit the jump to check it out.

So there you have it, it was nothing more than a publicity stunt created by social media. It also a great way to market both films, but more importantly we get to see more of the Batmobile.

Now it’s Bad Robot or Disney’s move. The rivalry all started back last July when Snyder tweeted a shot of Superman (Henry Cavill) donning a Sith robe while wielding a red lightsaber. The director added the #superjedi to rub some salt on the wound.

Of course then Bad Robot responded with the following tweet. They even called out the Batman V Superman: Dawn Of Justice director with “The C3Ped Crusader“: