It feels like every time we see a new David Fincher movie, Trent Reznor and Atticus Ross will be the ones who will most likely score it. Not that there is anything wrong if that if you have heard the scores for The Social Network and The Girl With The Dragon Tattoo. It’s only been a couple of years since the duo started to score soundtracks, but they are profilic in everyway. And now to promote Fincher’s upcoming Gone Girl, we are getting a small dose of the soundtrack.

Hit the jump to hear a preview of it.

Early reviews are highly positive, and might be just the thing to get Hollywood out of its current box office slump.

But as to the score itself, Reznor and Ross’ scores for Fincher films haven’t been known to be sweet. They are more on the cold side, which fits more the the tone of the film, and previous ones as well. Could there be another Oscar nomination for the duo? We’ll just have to wait and see.

GONE GIRL – directed by David Fincher and based upon the global bestseller by Gillian Flynn – unearths the secrets at the heart of a modern marriage. On the occasion of his fifth wedding anniversary, Nick Dunne (Ben Affleck) reports that his beautiful wife, Amy (Rosamund Pike), has gone missing. Under pressure from the police and a growing media frenzy, Nick’s portrait of a blissful union begins to crumble. Soon his lies, deceits and strange behavior have everyone asking the same dark question: Did Nick Dunne kill his wife? 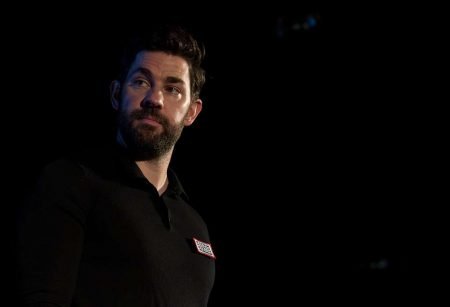