We have seen some pretty cool self marketing from the Twitter War that is J.J. Abrams‘ Star Wars Episode VII vs Zack Snyder‘s Batman V Superman: Dawn Of Justice. But the one person that seems to be left out of mix is Colin Treverrow, director of Jurassic World.

But that doesn’t mean he can’t do his own movie marketing using the social media platform. Treverrow has just tweeted another photo establishing its connection to the film franchise. It’s a photo of the old East Dock sign that was seen in the first film. Hit the jump to see the full photo.

And here is the full image if you cannot see it: 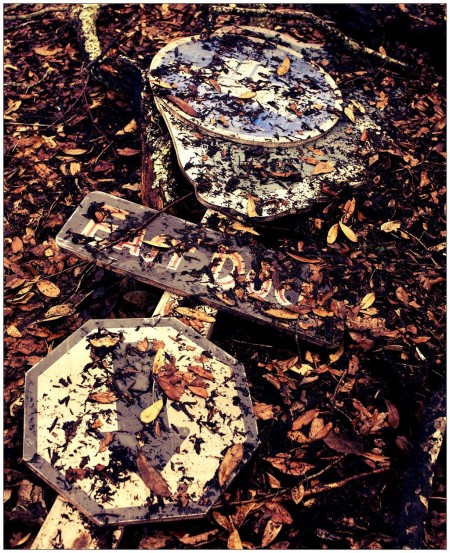 This isn’t the first time that Treverrow has done this. He previously tweeted photos that commemorated the loss of Richard Attenborough, the end of the film’s principle photography, and a photo of the revamped park brochure.

Now no details on the film have been released, but we do know that Jurassic World will be set 22 years after the first film. This photo seems to suggest that we will be revisiting some portions of the island. But since we are seeing the photo in the state that it is in, it is very well possible that this portion of the island is closed off to the general public because dinosaurs roam free in it. We won’t know for sure. We still don’t even have a basic logline or premise.