Batman has seen many suit upgrades, iterations, gadgets, team-ups, villains, and more. But the one thing that has stayed consistently the same it’s the fact that Bruce Wayne’s parents were killed in that dark alley, which was the exact motivation the young boy needed to become the iconic DC hero.

Now you will be able to watch their deaths, every iteration and adaption of them, over and over again, in a brand new supercut from the people over at Vulture. Hit the jump to see the different iterations of how Bruce’s parents died in that dark alley on that fateful night.

The video is appropriately titled How Many Times Must We Watch Batman’s Parents Die? Well we all know that Bruce and his parents exit out of a theater, and decide to take a shortcut down a cold and dark alley. Held up at gun point, his parents give everything they have, only to be shot and killed right in front of Bruce, who is the only one left to carry the family name. It seems that their death is an essential part to the storytelling, no matter what version of Batman you are watching, and no matter how many times you know how the story will play out.

The supercut consists of almost every Batman adaptation we have seen, from Super Friends and Batman: The Brave and the Bold to Tim Burton’s Batman and Christopher Nolan’s Batman Begins to video games. The supercut even has the first episode of Gotham.

To say that this was a a fun watch would be pretty cold of me to say, but seeing how different directors, showrunners, and animators perceived their deaths is pretty interesting. 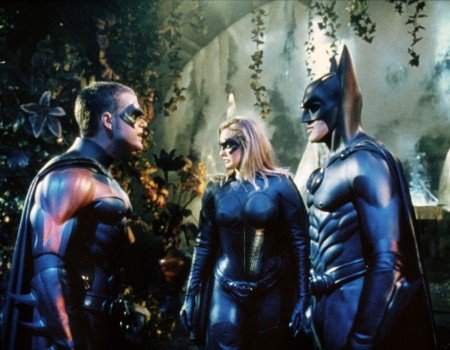