Big Hero 6: Jamie Chung And Genesis Rodriguez On The Smart And Strong Heroines Of Disney’s Latest

Big Hero 6 is almost here! Catch up with Jamie Chung and Genesis Rodriguez, the ladies behind the voices of GoGo and Honey Lemon. At the film’s press day, they shared their thoughts about becoming Disney icons, the importance of science in the film and their favorite super hero teams. Hit the jump to find out which of the gals built robots in the real life.

Question:  How much of your character did you get to see and what state were they at before you started to record your voices?
JAMIE CHUNG:  When I came in for my first recording session, what they do  is decorate the room to inspire you.  So it’s all of the sketches of your character, in and out of the suit. It was pretty developed by the time we came around.
GENESIS RODRIGUEZ:  Same with me.  What was weird was that, when I went to audition for the part, I did this thing where I wore socks and heels–which I never do and that’s like Honey Lemon’s wardrobe.
CHUNG:  It’s super interesting because I feel like Honey Lemon is Genesis. All of the mannerisms and everything. It’s really cute.

Jamie, how much of GoGo is in you?
CHUNG:  In terms of the characteristics, a need for speed.  I feel like I am an adrenaline junkie.  I’m always trying different things. I’m a very safe driver so I’m not like GoGo.  I can be sassy.  You can ask my fiancé, I’m sure he’ll say that I’m very sassy.  But, I’m a bit more warm and  I feel like she only expresses that occasionally–or once in the movie.

How important was it to you that there are two very smart women in the film and how did you feel knowing that about your characters?
RODRIGUEZ:  It’s super important.  We want to inspire girls to use their minds to achieve anything they want to do.  In high school I was on an all-girls robotics team.  I was a welder, and I had to do a little bit with the pneumatics of the robot.  Basically, I handled what makes everything turn, move or fight, crunch or punch and spin.  I did it for fun. Ours was a spinning robot that would just go really, really fast, and then just slice the competition.  And then, our second robot was The Croc.  We basically came in at an angle, knocked your robot on his side, and then chomped it to death. I’m glad they hired me for Honey Lemon because I had a little bit of knowledge of this. I think that’s the beauty of this movie.  It has a really cool message of: if you educate yourself, you can do anything.  You can be a superhero, even.  These are normal kids with extraordinary powers because of their minds.  For me, I hope that, if any kid sees this movie in the near future, I hope that in the near future we’re gonna have a Baymax because they got inspired by this.  We need Baymaxes in the world

The emotional storyline can be seen in the context of a fairytale but  this is more realistic and relatable. What was that like to make?
CHUNG:  Maybe that’s the Marvel element to this because it is a collaboration.  It’s not a talking fish or a talking doe.  It still has the magic, but it is more relatable because it’s in our near future.  It’s kind of celebrating science and engineers.  But I feel like the theme of these movies are all very much the same: all about family.  It’s just a new kind of family.  It’s not a traditional family.
RODRIGUEZ:  I mean, Disney always has those heart-breaking stories, but I feel this one it could help a lot of kids with how to deal with grief.  Hopefully, like I said, someone comes up with a Baymax so that life could be a bit easier.  He’s like the perfect man.  I’ve decided that I need Baymax in my life.

Have you seen action figures of yourselves?
CHUNG:  At Comic-Con, yeah.  It’s really cool.
RODRIGUEZ:  It’s so exciting!  I’m definitely going to have a shrine in the house, with everything that I can find of Honey Lemon.
CHUNG:  I want to collect all six but life size! 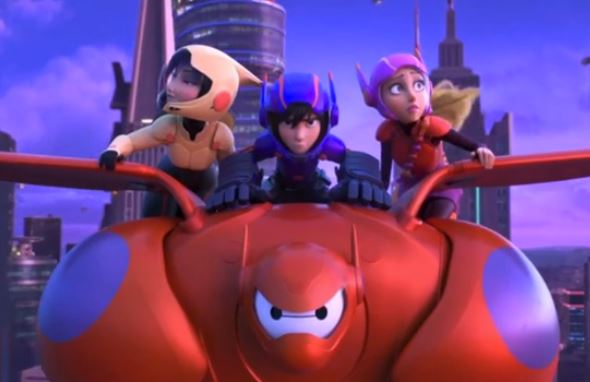 Genesis, when  Honey Lemon says Hiro, there’s an inflection that’s different from the other characters. Can you share what inspired that decision?
RODRIGUEZ:  We were trying to figure out if she’s a latina with an accent or not.  Sometimes I would come in and do an accent in the sessions, and then the next time I would go in, they’d say, “You know what?  Let’s get rid of the accent.”  We just kept little words that would have that Latin flare.

Who are your favorite hero teams? What crime fighters  do you like?
RODRIGUEZ: Ours, I think our superheroes are wonderful because they’re just normal people doing extraordinary things and using their minds for something.
CHUNG: Would you consider ‘Toy Story’ a band of brothers? They’re so fun! Those little hooligans!

What was it like to actually see the finished film?
RODRIGUEZ:  Oh, my gosh, I cried like a baby.
CHUNG: Even just the first minute! The Disney music came on, and I was in tears.
RODRIGUEZ: Yeah, It’s so cool.  It’s really surreal to see something you have made.  It surprised me, what they were gonna do.
CHUNG:  To be such a tiny role in such a big process, even just seeing the end credits, It’s so humbling and such a reminder of how many people it takes to make a film like this and how many years they put into it.  It’s crazy!
RODRIGUEZ:  But what you have…the results are well-polished jokes.  Everything is perfected.
CHUNG:  Yeah, it’s really great.

“I’m a Disney Character” Is that a strange thing to process?
RODRIGUEZ:  So strange!
CHUNG:  It’s great!  It’s the Ferrari of cartoons.  It’s amazing!
RODRIGUEZ: I used to get a fork and comb my hair like Ariel in The Little Mermaid, okay? This is a very big thing in my life.  I’ve been a Disney princess since I was little.  So, to be Honey Lemon is the greatest gift that has happened to me.
CHUNG: I’m spoiled.  I get to be Mulan (on OUAT) and GoGo, who are both very strong female characters.  It’s very exciting.  One’s live-action and one is cartoon, but it’s always fun.

Do you know if Mulan will be on OUAT again?
CHUNG: I hope so.  I just talked to Eddy (Kitsis) and he was like, “We’re working on it!” 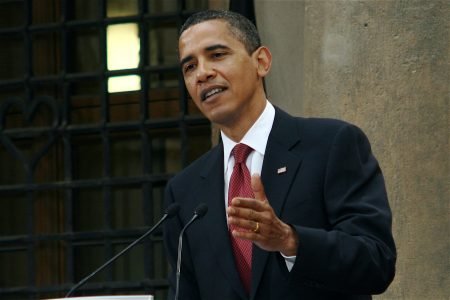