Good news film fans! AMC Theaters is offering an enticing ticket for ‘Interstellar’, in partnership with Paramount. This ticket is being called an “Unlimited Ticket’, and it is precisely what it sounds like.

This golden ticket gives AMC customers the opportunity to watch the new Christopher Nolan film over and over. There is a catch, however. To access the ticket you will need to be an AMC Stubs member. There’s good news for current members, “All AMC Stubs members who have already purchased a ticket to the movie can upgrade for $14.99.” This deal could be worth your time if you highly enjoyed Interstellar, or just appreciate Nolan’s films in general.
The following is a quote from the press release, which conveys just how unique and rare this ticket deal is for the company.

“Christopher Nolan has created a masterpiece that movie fans are saying gets better every time they see it,” said Elizabeth Frank, executive vice president and chief content and programming officer, AMC Theatres. “The Interstellar Unlimited Ticket gives these fans an opportunity to experience the spectacular cinematography and heart-warming stories as many times as they would like – at any AMC location, any showtime, in any format, including IMAX.” 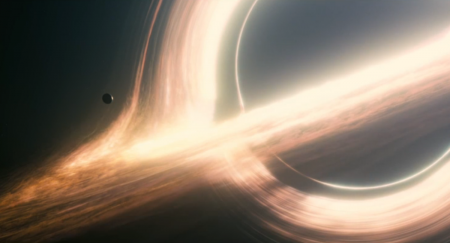 This ticket benefits both AMC Theaters and the film itself. It’s half of a promo to get more film fanatics into the AMC Stubs member system as much as it is a cool way to see Interstellar time and time again. Be warned though, the ticket itself is unlimited but quantity is not. Guests are being encouraged to get their Unlimited Ticket while supplies last.