The official trailer for SkyDance Productions, Paramount Pictures, and Warner Bros. Pictures’ highly anticipated sequel, Terminator Genisys, has come online. An official poster has also been revealed. Hit the jump to check it out!

The rules have been reset! The new trailer for Terminator Genisys states that the future, the past, and all that you know about the classic franchise, has changed. The trailer shows some visual nuances from the first two films in the Terminator series, the time portal, the T-1000, and the iconic moment from the first film where Arnold arrives in 1984, with a little added twist.

It appears that the Terminator series is deciding to hit the reset button, essentially pulling a ‘Days of Future Past’. The film is taking the first two films, and changing the timeline up, adding new elements and differences, also seemingly disregarding the third and fourth films in the franchise. The filmmakers are hoping that these new elements will eventually lead to a new trilogy of films. 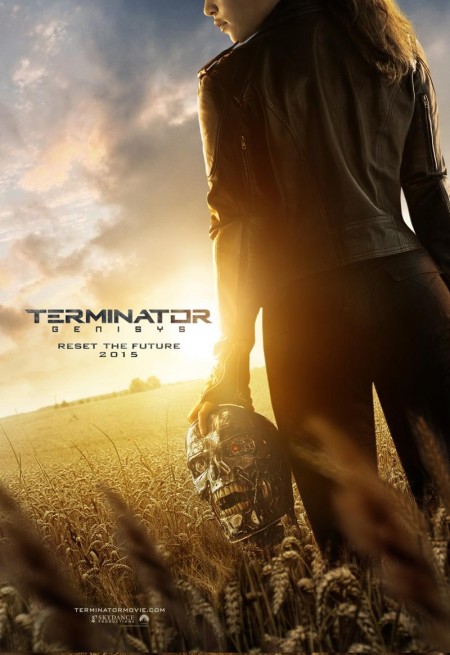