‘Entourage’ Trailer And Viral Movie Poster: “The Ride Ain’t Over”

To be honest, I am not the biggest fan of Entourage, but the show has a huge following, so much so they’ve been asking for a film to happen. And after years of waiting, fans are getting what they’ve asked for, the continuation of the Avi Gold and Vincent Chase wheeling and dealing in Hollywood, while they celebrate with the Entourage. The fact that fans are getting an Entourage film is so exciting, it had to be put on our list of most anticipated films of 2015.

The film sees the return of Kevin Connolly, Adrian Grenier, Kevin Dillon, Jerry Ferrara and Jeremy Piven, all of whom will reprise their respective roles. Taking place after the events of the series finale, Avi Gold now runs his own studio, and Vincent Chase still has an entourage of friends. Though their ambitions have changed, their friendship remains the same.

Not only has WB released a brand new trailer, but they’ve also dropped a few viral posters just for good measure. Hit the jump to check them out.

WB has also released two new posters to help officially kickstart the marketing of the film. 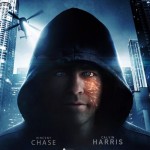 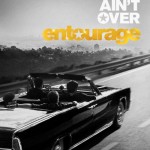 Movie star Vincent Chase (Grenier), together with his boys, Eric (Connolly), Turtle (Ferrara) and Johnny (Dillon), are back…and back in business with super agent-turned-studio head Ari Gold (Piven). Some of their ambitions have changed, but the bond between them remains strong as they navigate the capricious and often cutthroat world of Hollywood.

“Entourage” creator Doug Ellin is directing the feature film from his own screenplay, story by Ellin and Rob Weiss, based on characters created by Ellin. Mark Wahlberg, Stephen Levinson and Ellin are producing, with Wayne Carmona serving as executive producer.

“Entourage” has been rated R by the MPAA for pervasive language, strong sexual content, nudity and some drug use.