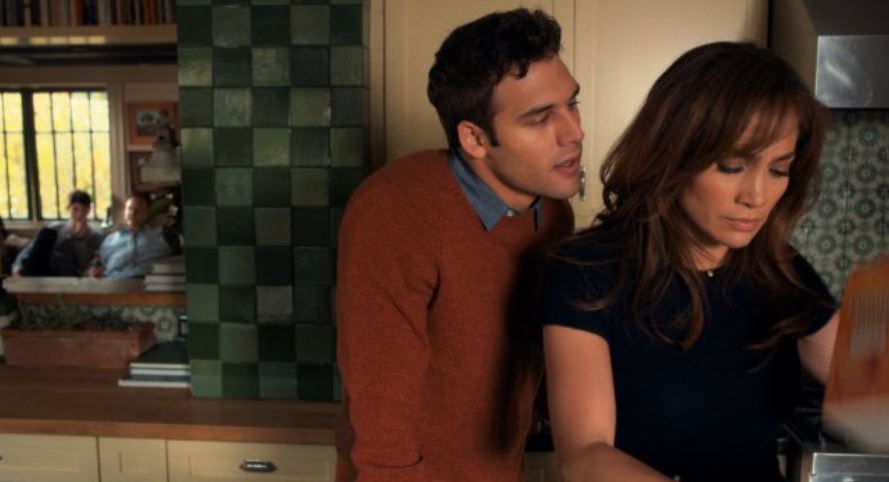 In Universal’s latest picture The Boy Next Door, the boy in question is played by Ryan Guzman while John Corbett plays the straying husband to Jennifer Lopez. The two actors talked to press about their experience working on the Blumhouse thriller and some of the fun moments on set and trying moments that involved almost getting frostbite. The fun of course being the action car scenes from director Rob Cohen because of course.

Question: Ryan what was it like working with Jennifer and having to develop a certain sense of trust between the two of you when it came time to shoot that very intense love scene?

Ryan Guzman: It’s never anything but awkward when you’re shooting scenes like that–even when you prepare yourself. I met Jennifer a couple of times beforehand and we had worked together for about a week before we had to shoot that scene. It was still in the back of my mind though just because I was so nervous. So I finally had to come to her and tell her how nervous I was because it was my first time getting naked in front of a bunch of people. She pulled me aside and said that we were just telling a story and it was part of our jobs. So we had to do the very best we could because if we didn’t have that passionate scene–nothing else in the movie was going to sell it to the audience. We wanted to make it memorable and we did that, I think.

John Corbett: In the script all it really says about that scene was that they make love and that was it. The day after they shot it, I remember going up to you (Ryan) and asking how it all went and you said it went fine but didn’t say much more than that. So I didn’t think about it too much until we finally watched the movie and then I was blown away by how far that scene really went.

Q: Noah is a pretty terrifying character. What experiences did you draw from to portray his darkness?

Guzman: Anybody who knows me, knows that I’m nothing like that character. It was more of a collaboration with my trust in Captain Rob Cohen. He had a vision in how he wanted the character: one was Noah Sandborn, the other was Achilles. Noah was the likable guy everybody fell in love with and Achilles was this guy who was gonna do anything and everything possible to get his way. If that comes up with collateral damage–sorry. That’s the mentality going in, not questioning what I was doing. Living in the moment and thinking everything I was doing was for the right cause.

Q. Did you guys get to choose your cars? Did you do stunt driving school?

Corbett: The guy who directed The Fast and the Furious directed this. So, of course I ended up with a purple hot rod. I thought, ‘Are you kidding me?!’ Then you jump in that thing and you become seventeen. That thing was a six speed – they souped it up. I had to pull up in front of the house maybe 15 ft. and then they’d say, ‘Back to one,’ and I could just back it up but I’d go all the way out to Hollywood Blvd. Go around the whole block. It was fun.

Guzman: You had fun with yours. I had a big old truck. I couldn’t really do much with it except for the one scene I had where I was doing off road terrain with the truck– that was the most fun. They closed off the street and had all these stunt drivers.

Corbett: That chase scene where you find out someone isn’t who they think they are. That’s a great one!

Q: How was it shooting the climax at the end of the film since the shoot schedule was so short?

John Corbett: It was very cold. We were out by the 14 past Palmdale. We worked until the sun came up.

Ryan Guzman: It was super cold the first time we went through it. We then did some re-shoots that were, luckily, warmer. I remember, without giving too much away, I threw gasoline everywhere and it was just cold, cold water. It kept getting on me and soaking me. Throughout the night, I just froze up. At the end of the night I had frostbite on my toes!

Guzman: Aside from that, I had a different viewpoint the whole time because my depth perception was gone because of ‘something’ that happens to my character. I could only see out of one eye. I was walking into walls. It was long and tedious, but it was fun.

Corbett: We had fire in this old barn that they would light on fire and put it out after a couple of minutes. I was tied up and, you know, people get tired and I thought, ‘Hey, man! Don’t forget to untie me.’

The Boy Next Door Opens Today!