Here’s a list of the top female power-players in the Marvel comic book movie universe. Cue music, flowers, candles and chocolate. Sit back, relax and chat up these wonderful women.

We first see her as Personal Assistant to Robert Downey Jr’s Tony Stark in Iron Man (2008). She’s the voice of balance. The verbal exchanges between Downey and Paltrow are classic Hollywood: comic, clever, endearing, and still relevant to plot.  The lines are also improvised for the most part! Avengers: Age of Ultron suffers from the absence of Paltrow’s Pepper. But you can catch her in Iron Man 2 (she becomes CEO of Stark’s company and finally kisses him) and Iron Man 3 (gets injected with a biological weapon; still survives) and the first Avengers film (denim shorts). Come back soon, please! Beautiful. 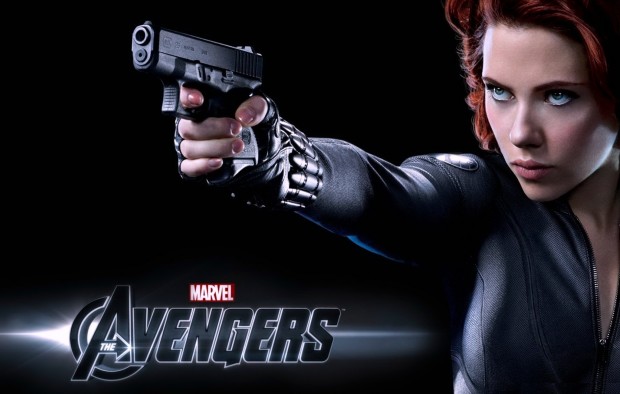 A trained spy, Agent Romanoff is THE toughest member of Marvel’s Avengers team. Expert in psychological operations, she can outwit any adversary, even Gods and aliens. Also highly competent in martial arts and comfortable with tactical weapons. Do NOT get on her bad side! Scarlett Johansson brought Romanoff to vivid life. First, there was an undercover stint as a new assistant to Tony Stark in the underrated Iron Man 2. She then helped Avengers save the world in 2012, before lending vital support to Captain America for 2014’s Winter Soldier. Sexy, funny and with a dark back-story we are only now beginning to glimpse, Marvel really need to move themselves and give her a spin off film. We LOVE Agent Romanoff! 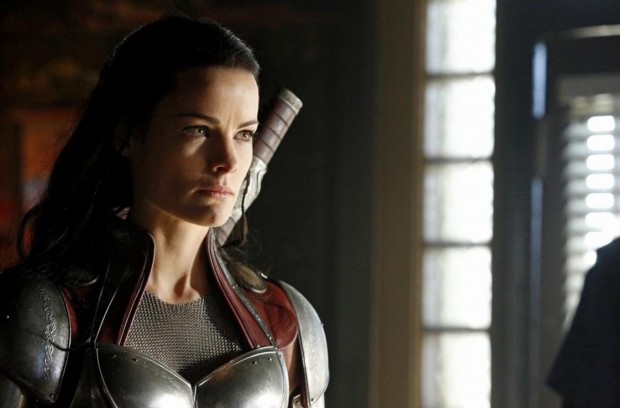 One of Thor’s fellow warriors in Asgard, Sif is a competent combatant and essentially, a Norse Goddess. Swordplay, monster hunting, inter-dimensional travel: all in a day’s work. A veteran of both Thor films and a guest star on Agents of SHIELD, Jaimie Alexander owns the role. Interestingly, it was thought Jaimie would play Wonder Woman in the forthcoming rival DC /Warner Bros production of Batman v Superman. Gal Gadot was cast instead.

But that’s for the best as it means we can continue enjoying Jaimie’s performances as Sif. And part of you kind of hopes they give Natalie Portman’s Jane Foster a miss for Thor: Ragnarok, thereby allowing Sif and Thor to become a power-couple. 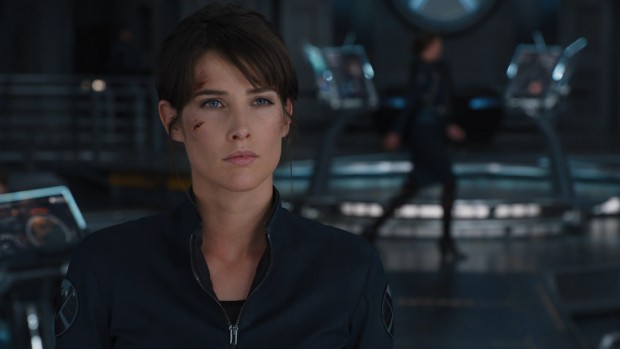 Maria Hill is the former Deputy Director of SHIELD and field agent as well as a strategic mastermind in the protection of Earth from threats both human and alien in source. Ally to Nick Fury and Captain America, Maria serves as a voice of reason and remains calm in crises.

Cobie Smulders has played Maria in both Avengers movies as well as Captain America: Winter Soldier and sometimes crops up in television’s Agents of SHIELD. It’s an unselfish performance. At no stage is she trying to steal scenes and yet you always notice her quiet charisma and elegant gravitas.

Agent Peggy Carter has a very special place in the heart of Steve ‘Captain America’ Rogers. It was she that believed in him before he had taken that super-soldier serum. Her support of his adventures was constant in the struggle against Red Skull and Nazi science sect HYDRA. Alas, the sweethearts were separated for 70 years, with Steve’s body trapped and frozen in ice. Once defrosted, he is in exactly the same 30-something form he enjoyed before his disappearance.

Sadly, Peggy is wearied by age; their bittersweet reunion in The Winter Soldier shows her suffering a form of dementia on verge of the deathbed. But it’s beautifully played by Hayley Atwell. And her voice, poise and jolly hockey sticks action heroine charm are at their peak in the period adventure scenes from Joe Johnston’s excellent Captain America: The First Avenger. That potential found a further outlet in the television show Agent Carter, which has just been awarded a second series.

Originally an X-Men member, the Marvel Cinematic Universe has integrated the Scarlet Witch character as an Avenger instead (Fox own X-Men). Sister to Pietro (aka Quicksilver, also a sometime X Man..it’s complicated), Wanda can control and manipulate your mind. In addition, she has the power to harness some supernatural, elemental destructive forces.

Her strength and morality are beyond simple definition. A victim of experimentation by the evil forces of HYDRA (a process that shaped her power), this is not a woman to trifle with: underestimate her abilities at your own peril. Played by Elisabeth Olsen in Age of Ultron, Wanda will return soon.