THROWBACK THURSDAY: THE GHOST AND THE DARKNESS (1996)

With ANT MAN in cinemas and a new BATMAN on the horizon it’s an apt time to look at a movie that brought together Michael Douglas and Val Kilmer. THE GHOST AND THE DARKNESS

Douglas is on mentor duties in Ant Man and Kilmer once played Batman. Both were big stars in their time, though they kind of missed the boat for a bit of late. Douglas is of course a distinguished Producer, but once his ‘everyman in danger after sexual intrigue mishap’ sub-genre days were done (Fatal Attraction; Basic Instinct; Disclosure) he kind of lost his way a bit as a leading man.

It’s been a while since there was a bona fide Douglas box office hit, though hopefully Ant Man will fix that deficit. Kilmer is an intriguing case. He left the Batman part after 1995’s Batman Forever  and made The Saint. It’s a fine movie and worth a watch, but The Saint failed to launch a franchise, thereby leaving Kilmer in the cinematic wilderness for a bit. He cropped up in some great independent films and smaller studio pics (Kiss Kiss Bang Bang: the movie that showed the world Robert Downey Jr was on the way back just before Iron Man in 2008). But he’s a good actor: see Tombstone and The Doors and it’s only a matter of time before he too gets a career renaissance c/o another comic book picture. I’d love to see him pitted against Tom Cruise again: TOP GUN 2?

Speaking of which: we have a new contributor at MovieViral. Our very own cinematic Top Gun: Mr. Nick Clement. We are honoured to have this man on board. He writes retrospectives with heart, soul, wit and above all: field experience!

After spending close to a decade working in Hollywood, Nick Clement has taken his passion for film and transitioned into a blogger and amateur reviewer, tackling old, new, and far flung titles without a care for his cerebral cortex. His latest venture, Podcasting Them Softly, finds him tackling new ground as an entertainment guru, and along with his spirited partner Frank Mengarelli, are attracting some diverse and exciting talent to their site. Some of Nick’s favorite filmmakers include Michael Mann, Martin Scorsese, Tony Scott, Oliver Stone, David Fincher, Werner Herzog, Terrence Malick, and Billy Wilder, and he’s a huge proponent of the “31 Flavors of Cinema” school of thought. Favorite films include The Tree of Life, Goodfellas, Heat, Back to the Future, Fitzcarraldo, Zoolander, Babe, and Enter the Void.

Today, Nick takes us back to a movie that united Michael Douglas and Val Kilmer: THE GHOST AND THE DARKNESS (1996). I have a sentimental soft spot for the movie and love its epic visual sweep and innocent idealism as well as Kilmer in proper action-man mode. Watching Kilmer here, it’s difficult not to be annoyed at quite how low the bar now is for a so called ‘action hero’ in today’s Hollywood. This is highly complex, competent choreography. It was also while researching the movie in a CAVE FULL OF BATS – that Kilmer got the Batman call – strange but true trivia!

Anyway..over to you, Mr. Clement and THANKS!..

OK – this isn’t a great movie – but I really love LOOKING and LISTENING to it. Vilmos Zsigmond’s cinematography is utterly glorious, and the pulse-pounding score from Jerry Goldsmith is one of his most underrated and stirring efforts.

Always loved Michael Douglas in this flick – he was gruff and manly and greasy and doing really solid character work. However, the central story is troubling, as it depicts yet another instance of humans encroaching on the natural habitat of animals, and the film presents the lions as “killers,” when in reality, they were pissed at having their territory fucked with.

The humans were the enemies in this story — not the animals — so this is one film that might be ripe for a remake! But in any event, people have been acting like idiots for centuries when it comes to the environment and wildlife, so you can’t really say much because William Goldman’s screenplay is rooted in fact.

Director Stephen Hopkins has made some underrated gems (Predator 2, Judgment Night, Under Suspicion, Blown Away, The Life and Death of Peter Sellers) and some major stinkers (Lost in Space, The Reaping), as he’s always been a visually proficient filmmaker who is only as good as his script.

This one bombed in the theaters, was mostly roasted by critics, but it’s a unique, defiantly old-fashioned film that has a rugged physicality and again, the cinematography and the score are just insanely awesome. The tech package on this film warrants a Blu-ray upgrade.

The film won an Oscar for Sound Editing. Also, it must be noted, Hopkins worked for years on the amazing Showtime series Californication, for which he receives a Lifetime Pass for any cinematic transgressions. 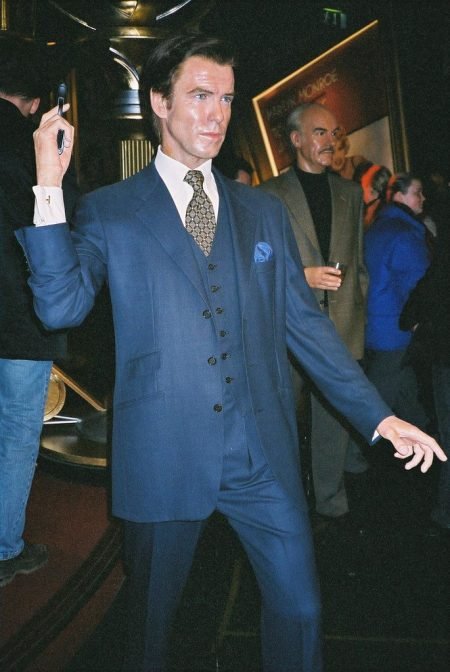