You might have seen HBO’s TRUE DETECTIVE, series 2. You might not have quite caught up with it yet. So, we’ll avoid spoilers or even a ‘review’ in the strictest sense. Instead, we would like to offer some consideration to the reception the programme has received. We are also giving you some frankly AMAZING artwork inspired by the show. THANK YOU, FRANK MENGARELLI!

In a nutshell: it’s all about EXPECTATION. TRUE DETECTIVE, series one was like catching cinematic lightening in a televisual bottle. We had two great actors: WOODY HARRELSON and MATTHEW MCCONAUGHEY. Imagine pairing those two consummate actors on the big screen. It’d be a hit, right? Of course! So, placing them on television, (albeit high end, pay per view channel, corporate branded stuff) was amazing. It was a real coup, especially given Matthew’s Oscar buzz at the time. But it was the surprise factor of that casting, rather than simply the idea of casting high calibre talent in itself, that arguably fuelled the first series’ success. Therefore, ANY actors following those leads had an impossibly tough act to follow. The makers went with similarly high calibre names. We now have COLIN FARRELL and VINCE VAUGHAN. These are ‘name’ actors, once again. They can open movies, albeit with sporadic success rates. Sure, they’ve had a few flops but then so does EVERY major actor / movie star. It’s allowed. These are two men about mid-way through already distinguished yet still promising careers. There are even those who suspect Mr. Farrell will be handed the keys to Tony Stark’s mansion in the event that ROBERT DOWNEY JUNIOR stands down from the IRON MAN franchise. And Vaughan IS funny though can also be dark and deep.

So Farrell/Vaughan SHOULD constitute a MORE than a fitting follow-up to Harrelson /McConaughey. And of course, it is! Except the key words there are ‘follow-up’. They are doomed before they begin, by virtue of being defined AS the ‘B’ team; the second choice; the alternative etc. That inevitably creates a meta-textual barrier to truly embracing the fictional world the characters inhabit. You are dragged AWAY from the material because some part of you simply SENSES that this whole product is manufactured whereas the first series was simply an organic accident of genuine creativity and timing. Rather than expecting the second series to be great, you almost KNOW it cannot be anything like as inspired as its predecessor. That feeling in turn informs the general climate of reviews and a self-fulfilling prophecy takes hold of all; propelled by our era of blogging our views in the viral media.

‘TRUE DETECTIVE series 2 CANNOT POSSIBLY be as good as the first’ we tell ourselves and we find ourselves agreeing with that statement both as we watch and agree in unison with various reviews, as though programmed like Pavlov’s Dog!

TRUE DETECTIVE series 2 IS flawed, yes. Plots appear rather convoluted. Character arcs are neither one thing nor the other: ARE these simply generic pulp beats, spliced together in a shameless pastiche? OR: TRULY something deeper, darker, better?

There are moments whereby the tone and verisimilitude are compromised, because the ambitions, intentions and general brief / ethos of the series remain as murkily unclear as the criminal underworlds their characters inhabit. But once again, that’s a rather meta-textual comment on the show as product than it is a defeat of the material in itself.

The programme has some genuine talent and hard work up on screen. So why not give it a go and judge objectively for yourself, rather than letting it become a victim of the brand’s own success and the legacy of the first series? You MIGHT even LIKE it!

WITH SPECIAL THANKS TO FRANK MENGARELLI! 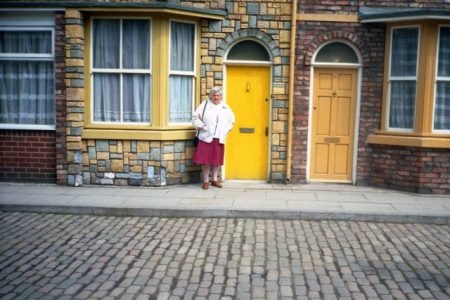