There is no lack of watching material for geeky viewers these days, and the addition of new sources of the TV series format has only made it more exciting for us who won’t say no to a good binge watch any day.

This year, several favorites have already debuted or are continuing to air (Walking Dead and Game of Thrones). There are those that we’re waiting for – for what it seems like forever.

There are other TV shows you can’t miss; though, some of them without specific release dates yet.

Here are our picks. Enjoy!

The superhero fever has not abated a bit, and we’re grateful for that, aren’t we? With DC enjoying its TV success, Marvel has given it a go as well. Even if Daredevil isn’t your favorite superhero, you will want to give this TV show a try. While the movie isn’t exactly the greatest, there is a lot of potential material to work with when it comes to this blind superhero, and we can hope that Marvel nails this one.

Daredevil was released on Netflix on April 10.

Check out the trailer below.

A Syfy production, The Expanse holds a lot of promise for fans of space and colonization stories. It has been quite a while since Syfy has come up with something totally riveting in this area, and with the idea of Earth, Mars, and a populated asteroid belt in conflict, there is something that excites the sci-fi fan in us.

The Expanse is set to air this year, although we have no specific date yet. Another science fiction TV series that will be aired by Netflix is Sense8, which has the distinction of being the brainchild of the creators of THE MATRIX. That should be enough to pique any viewer’s interest on its own.

Add to that the premise, which revolves around certain individuals who are linked psychically to each other and experience an incident which reveals a vision both disturbing and violent. The result is a budding hate for each other, which leads to even more violence.

Sense8 was available for streaming on Netflix on June 5, 2015.

Westworld is a remake (of sorts) of the 70s film with the same title. This TV incarnation is packed with heavyweights: J. J. Abrams and Jerry Weintraub as executive producers; and cast members Anthony Hopkins, James Marsden, Evan Rachel Wood, and Ed Harris.

Enter the world of a futuristic Western amusement park for adults. Nothing can go wrong, right?

Oh, and Raman Djawadi of Game of Thrones fame is going to make the score. Just perfect.

The not-so-good news is that we don’t know exactly when it will air.

This is the only TV show on this list that is not making its first appearance, but we just had to include it because of its awesomeness – not just the plot, but the acting as well.

Orphan Black is on its third season, and judging by the first two, this is something everyone should watch. Clones, deceitful scientists, renegade groups, and a bit of drama plus comedy here and there – Orphan Black is a captivating show which makes you hate the fact that you won’t get to see the next episode till the next week.

The show was returned to BBC America on April 18, 2015. Here’s the season 3 trailer to whet your appetite.

If you haven’t seen the first two seasons, check it out on Amazon Prime.

These are our geeky TV show picks that we strongly recommend. Do you have your own? Share them with us!

Kelvin Dang is part of the Digital Ideation team at Pure Costumes. He loves to keep up with technology and movies. He can usually be found tinkering with his transformers or playing video games. Over the last eleven years Kelvin has helped build several web platforms for Pure Seasons Inc., which is the parent company of http://www.purecostumes.com 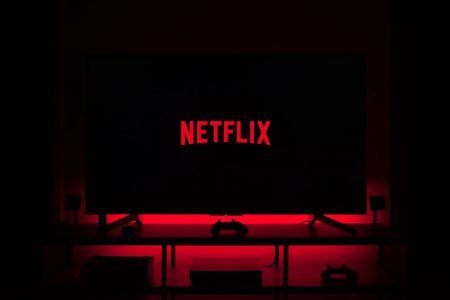