DANIEL PETRIE JUNIOR took the time to speak to me recently about his new film DAWN PATROL, which he directed. He also wrote BEVERLY HILLS COP, THE BIG EASY and was consulted on a number of other blockbusters. It’s a measure of the man that whilst he did indeed promote his current project, he was only too happy to talk about his back catalogue.

DAWN PATROL is a small, independent movie. It’s dark, edgy and brutal. The script does not give an escapist sugar coating on what is at its heart a revenge story. There is also a maturity and logic to its conclusion. I won’t spoil things but the word ‘bathos’ is very apt here. ‘The hook is a world unexplored: the dark underbelly of the surfing community that can be insular, xenophobic and even racist’, he says. It’s not an easy ‘sell’. But rest assured, the film is atmospheric and compelling. It has moments of violence that are raw. But there is also some romantic allure and a briefly seductive sex scene. It takes you on a journey.

You do get a character arc for the hero of the piece, played by SCOTT EASTWOOD. Scott is something of a rising star at the moment. Petrie agrees with that sentiment and reveals the extent of their collaboration.

Case in point: a beautiful shot near the film’s opening. The art of surfing is a major motif in the story and so we get a long, seemingly unedited, perfectly lit and framed shot of an impossible wave. The quality of that image defies the limits of the budget. And Petrie attributes most of that power to the help provided by others: notably Eastwood and his surfer colleagues.

Petrie is all about collaboration. At no stage does he sing his own praises or portray the Director’s craft as anything other than a marshaling together of others’ skills, talents and unique contributions. His film is thereby seen more as an experimental product of a community of artists than some aspiring auteur’s bid for power or prominence.

‘The Director does not do everything. His job is to get the best out of all the people who do the things that together combine to create a whole film’.

That is not to say he fails to understand the ambitions of an auteur. Quentin Tarantino’s name is dropped as someone that can create and craft and produce a personal vision that is distinctly ‘theirs’.

Petrie’s own ethos appears very actor-centric. The man respects, understands and embraces creative freedom for performers. There is also a frank admission of quite how dependent a Director is on his band of actors to truly realise his vision.

‘80% of a Director’s job is casting. The actors create a reality; they may have very private processes and causes that enable them to access aspects of a personality that are not necessarily the most attractive, to realistically play the part that we need to see’.

Such acute understanding of the acting process naturally enabled a long standing respect for particular names, who in turn worked well with Petrie as a collaborator. Rita Wilson and Jeff Fahey both feature in Dawn Patrol and give great performances, clearly comfortable in the fact that they have been awarded a creative freedom. Petrie has let the actors do their best work. ‘I can make suggestions by all means but still be surprised!’

Fahey of course will be familiar to many as one of those actors who has always been in work. He was also Job in The Lawnmower Man (1992) and had worked with Daniel Petrie Senior on The Execution of Raymond Graham (1985).

Rita Wilson is married to none other than Tom Hanks. Hanks starred in a film written by Daniel Petrie Junior: a certain cop and dog movie called Turner and Hooch. Daniel has watched Tom and Rita’s careers over the years and speaks very highly of them both as performers and as people. In short, any discussion of Petrie’s present projects inevitably leads to some exploration of his past hits.  He understands this and is both willing and happy to provide the anecdotes. I ask about the Bond film, Tomorrow Never Dies (1997). It is timely, as SPECTRE is about to hit our screens. Daniel was involved as a consultant in the initial stages of developing the second of Pierce Brosnan’s outings as 007. As ever, he is all about stressing collaboration and lauds the work of others before his own. Director Roger Spottiswoode is a ‘great friend and mentor’ and Bruce Feirstein a ‘great writer’.

Tomorrow Never Dies is very much of its time: a Tony Blair era Bond movie. One believes that Britain is important when watching the film; it harnesses ‘Cool Britannia’ and Pierce Brosnan even went onto play a thinly disguised Blair in Polanski’s film ‘The Ghost’. Daniel is amused by the suggestion, even laughing in recognition. Another film that was of its time was BEVERLY HILLS COP. The music, social politics, aesthetic and tone: all very 1980s. But it also has a timeless charm, helped in no small measure by the wit of Petrie’s script. Many of his ideas stemmed from experiencing life as a writer in Beverly Hills and thinking up novel ways to spoof one’s way into High Society events. Combine that fun with Eddie Murphy’s delivery and you have a comedy that redefined the fish out of water formula and still feels fresh today.

But it could have been a very different film altogether. Yes: Sylvester Stallone was very nearly the Beverly Hills Cop. Axel Foley would therefore have been Axel Cobretti, nick named ‘The Motor City Cobra’. Stallone wanted the hero to have an Italian sur-name and a streetwise pseudonym. And Daniel Petrie Junior was ultimately a writer for hire at the time, so tweaked his script accordingly.

There were sequels, of course: Beverly Hills Cops 2 and 3. And whilst Petrie is credited as the creator, he was not involved in the franchise’s further adventures. The deal at Paramount on Part One had been brokered  by Michael Eisner and Jeff Katzenberg, both of whom left for Disney (Katzenberg would ultimately end up as a founding partner at Dreamworks with Steven Spielberg and David Geffen). And the Producers were the visionaries, Don Simpson and Jerry Bruckheimer, but they too eventually parted ways with the series.

If Eddie Murphy and co are seriously thinking about a belated Beverly Hills Cop 4, they’d be best advised to start back with Daniel Petrie Junior. As both writer and Director.  He is collaborative, creative and has a clear passion for the art and craft of film, balanced by his calm and concise communication style. It was a real pleasure talking to Daniel and I wish him every success with DAWN PATROL and all upcoming projects. 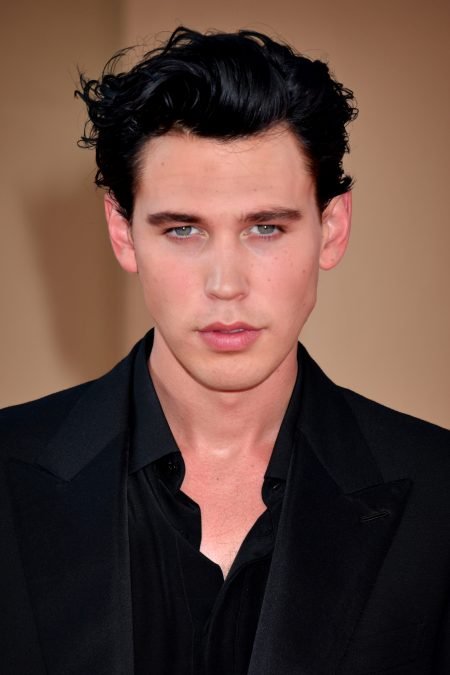