We continue our tradition of unearthing old classic gems, via new and brilliant writing talents. This week, it’s another Kubrick movie, having done EYES WIDE SHUT. ROBERT CHANDLER looks at 2001: A SPACE ODYSSEY.

Take us into orbit, Mr Chandler.. Downloaded it from iTunes and watched it in installments over two nights in a hotel room on my laptop. Not ideal viewing conditions for the Super-Panavision movie, but I hope Kubrick and Clarke would have approved because, frankly, they saw them coming in their film.

If you buy 2001 on iTunes, it kindly provides you with the roadshow version, which includes the additional five minutes of music over black at the front and end of the film (five minutes *after* the final credit has rolled), and the Intermission, complete with music playing over the break title and through black for the walk back in. Stanley supervised these for the roadshow presentations so he could control the mood of the cinema when the folks were finding their seats or attempting to leave at the end, having just been hit by the greatest sci-fi movie of the age.

I love the film. I love its pace, its vision, Keir Dullea’s performance, and the skein of fear that runs all the way through it, a fear forged in awe and by the idea of there being a God.

(Is it more terrifying to know with absolute certainty that there is no God, or to know there is one? That is a question the film can’t help but raise.)

People may assume hardcore scientists (and technically minded film-makers) are atheists, but they are often not. The closer one looks into the heartbeat of life, the quantum pulse, the essence of the universe, the more one is astonished. Thus the good scientist has to come to terms with the Big Idea.

Kubrick and Clarke meld perfectly their passion for science and the Big Idea in 2001 A SPACE ODYSSEY. The Big Idea is that there is such a thing as a god-sentinel, a “thing” that plots the progress of man, and allows man to change radically at certain stages of his development when he has created the technology (which is to say he has earned the right to change) to be able to reach out and touch the god-sentinel. And so God planted the sentinels (also known as monoliths) in various hiding places in the universe. It’s like a Big Game where by reaching the end of one level, you are powered up and allowed to reach the next.

When it was first shown, many people walked out. They were confused. Rock Hudson, apparently, walked out of the premiere saying “Will somebody please tell me what the hell this is about?” I think it’s a simple and straightforward film that cuts through time perfectly with its articulation of the Big Idea. I think it’s a courageous film. Daring. I think it’s beautiful. And by turns, awe-inspiring and terrifying, too. There’s a coldness to the horror that is entirely appropriate to the vacuum of space.

Kubrick’s use of music was exemplary, too. As though those composers had created their pieces way back in the past, waiting for the science and the culture to develop in such a way as to be able to put them to their greatest use. For those pieces of music, Stanley was the god-sentinel.

(Gayane’s Adagio is remarkable, and will be familiar to anybody who loves ALIENS, for James Horner was obviously quoting it – see how it’s used in 2001 on board the Discovery with the two astronauts passing time while the other astronauts are in hypersleep).

In the film’s final movement, our everyman space guy, Dave Bowman, has his development accelerated by the god sentinel outside Jupiter. The Star Child is born. The next stage. The horror and fear running through the third movement and through Bowman’s reaction to his evolutionary kick is replaced by awe and beauty. A kind of peace. Robert Chandler is an award-winning producer and writer, who set up his production company, Space Age Films, six years ago with a remit to make quality film and television. His tv series THE DEEP, a 26-part cg-animated series for children set on a submarine, created by top comics writer Tom Taylor and art director James Brouwer, premieres on the BBC on March 14th. Robert is producer of THE CANTERVILLLE GHOST, starring Stephen Fry and Hugh Laurie, to be released Christmas 2017
19682001 a space odysseyclassic filmsfilmmakingHugh Laurieinnovationnostalgiaphilosophical filmsrobert chandlerSci-FiScienceSpacespace age filmsStanley KubrickStephen FryTechnologyTHE CANTERVILLLE GHOSTTHE DEEPviral vault 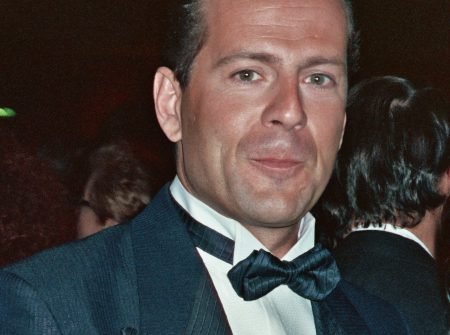