JASON BOURNE IS BACK IN THRILLING YET FAMILIAR NEW TRAILER. EVERYTHING OLD IS NEW AGAIN. AGAIN. Another week. Another trailer. Things are hotting up in the epic build to the summer season. Again. Deja Vu? Well, if you do work on a film site, you will find trailers are somewhat part of the trade and a fun one, at that. Only the other day, in fact, I found myself excited by yet critical of (in a nice affectionate way though) the trailer for DOCTOR STRANGE.

The speculation, dissection and effective treatment of a trailer as a social media ‘event’ rather than a simple punctuation of time in Cinema screenings..it is now a lovely fact of life. They even make TRAILERS for TRAILERS. THAT is how important a trailer has become. A film in itself and every bit as ripe for analysis and criticism in the hope that may somehow speed time until the release of the actual MOVIE. It doesn’t actually make things go faster but sometimes it can feel that way. Yep.

And speaking of deja vu (again)..so we now have the main trailer for JASON BOURNE. It’s a substantial one, this. Very light on flash filler and heavy on a clear yet simple sense of story and the politics that our hero will find himself trapped within. There will, of course, be some additional twists and turns no doubt and the real skill here is that they manage to tell you all you NEED to know, without compromising that critical element of SURPRISE.

It seems that our hero (MATT DAMON is Jason Bourne) is presented with an opportunity to both save his old colleague (JULIA STILES as Nicky Parsons) and gain final closure on who he was and why he became the heartless and faceless assassin he once was. So, in some sense we are getting more of the same and rightly so as that’s what a sequel SHOULD do. D’oh.

We know that Bourne kind of discovered who he was in the preceding entries, but here we get a sense that he will begin to ask WHY and thereby genuinely obtain the kind of patriotic atonement that eluded him previously. At the same time though, do not expect an American JAMES BOND.

This is NOT a celebration of spy-craft but is instead a far more murky ethos, whereby the intelligence game and associated imperialism were always presented (in BOURNE IDENTITY, SUPREMACY and ULTIMATUM) as a ‘bad’ thing rather than doorway to escapist fantasy fun.

For that, we can thank PAUL GREENGRASS. And here, there is no difference from the general tone of Supremacy /Ultimatum: with the same director at the helm (DOUG LIMAN directed the first entry in the series). It appears that Nicky and Jason are on the run in part from a fallout with the Government, c/o some Snowden-esque leak of secrets. Notice that Snowden’s name is called out, explicitly. Hollywood LOVES Snowden. Why? No idea. But they do.

Indeed, had JACK RYAN gained a sequel, CHRIS PINE mentioned the Snowden case could be a possible premise. Even James Bond and SPECTRE kind of ‘went there’ in discussing a surveillance state whilst preserving escapist fun, as does CAPTAIN AMERICA.

And yet: OLIVER STONE made an ACTUAL EDWARD SNOWDEN film and that has been kind of..neglected, no? It’s a CONSPIRACY, I tell you! Yep. Hollywood is all ‘we love Snowden’  but really..no. They ONLY touch Snowden when they need a cheap action movie plot!

Hang on..MAYBE I’ve just been watching this BOURNE trailer too much and gone a BIT Paranoid? Even if they ARE out to get me? It’s TREADSTONE, I tell you! . Back on track. Where were we? Oh yes..trailer analysis. Politics aside though, JASON BOURNE does look like a movie that will deliver the kind of epic action packed thrill ride that has defined the series. There’s a BIT less of the old shaky cam in evidence here but all the trappings of car chases, bikes, visceral punch ups, improvised explosions and globe trotting in a race against time. The locations are beautifully shot both by day and night and it is novel to use both Greece AND Las Vegas in an espionage thriller.

As for the supporting cast: it is arguably best in the series yet. TOMMY LEE JONES is doing what he does best in a blockbuster and appears to be hunting the hero? So a kind of good baddie or bad goody? ALICIA VIKANDER continues her rise to power by appearing in..well..everything, frankly. And VINCENT CASSEL seems to be charged with playing the antagonist /counterpart to Bourne, in hot pursuit of the hero. That’s one helluva fine cast there, even before considering MATT DAMON and JULIA STILES! Throw in that infectious JOHN POWELL and MOBY music and we are all signed up and ready to go! Still not crazy about that title, though. And yes, it does feel in effect an apology movie for the fact that poor old JEREMY RENNER in BOURNE LEGACY (yes: an actual film. what do you mean you never heard of it?!) did not quite fly.

On the other hand, they left it long enough (almost ten years) whilst keeping Bourne /Damon in his prime without waiting TOO long and there do appear to be some new twists on familiar material and vice versa on offer here..so..well..frankly..WE CAN’T WAIT!

JASON BOURNE is released on JULY 29th in the USA and will be reviewed at MOVIE-VIRAL. We will keep you informed of Bourne’s movements meantime as we ARE tracking him..NOBODY escapes MOVIE-VIRAL! Even the CIA’s best agents..hang on..I have perhaps watched this new trailer a bit too much. Again. Sorry. But it IS rather good. Bodes well. Come on, trust me. When have I ever been wrong?  😉 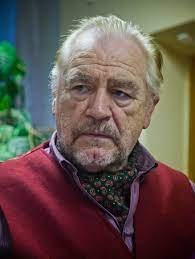