In the fiftieth anniversary year of the franchise, it is only appropriate that Star Trek has become a feature of our social and romantic as much as creative / technological lives. Long gone are days of a stigma attached to being any kind of geek. Indeed, geekdom is a new passport to power. That has had a positive impact for many actors and directors.

Simon Pegg is now a cool, romantic, leading man and writes the new Star Trek Beyond film. It’s quite the success story: an inspiration to those who previously saw fandom as an impediment or liability, rather than career building asset.  But there are also negative power bases (trolls masquerading as fans who think they own the monopoly on opinion, as seen in the midst of the recent Ghost-Busters themed vitriol). Geekdom / fandom and specifically, the Trekker community is just like any social unit, ultimately. You want to be a part of it but have to invest extra effort to savor the good and avoid its evils. And you might also just use the shared platform of interest to find lasting love?

So it is then, that perhaps the coolest lifestyle accessory of all has entered the Trekking Community. You can now date a fellow Trekker with a tailor made website to help your quest. But fear not, you will not be lumbered with any old brand of fan. It’s not simply a case of ‘you both like Star Trek: date each other’. Instead, a revolutionary website enables you to match with a perfect partner, whose tastes match your own. So, for example, if you hate the new rebooted universe? Easy! Pick a date who believes canon ended officially with Star Trek: Nemesis. Bored by Deep Space Nine? Just look for a mate who only engages with the adventures of Captains Kirk, Picard and Janeway. You liked Enterprise? Um..paging..anyone..anyone..look, they will find you someone out there in the nebula! Before you beam aboard..here are some facts / figures of interest.. So what are you waiting for? Engage! Make it So! Energize! And above all..live long and prosper, with a partner to match. STAR TREK BEYOND is released later this week and will be reviewed at Movie-Viral. Even if you are not a Trekker, early word is positive for a fun film experience and IDRIS ELBA is in it which thereby grants the movie extra cool and gravitas in any event 😉 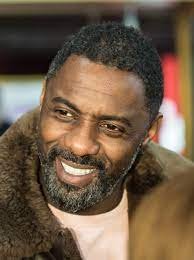