The Surprise Hit of September is Sully It’s too good to be true, the mere notion of what Captain Chesley Sullenberger did on that particular day in January 2009, but due in large part to pure movie magic, we’re now able to get a first-hand glimpse of the terror, confusion, heroism, and stroke of miracle that took place on the Hudson River.

Clint Eastwood’s bold new film, Sully, is a monument to humble American professionalism, a tribute to a man and to a city in general that feels both modern and old-fashioned in equal and appropriate measure. As written by Todd Komarnicki, the film wisely places a narrow focus on its narrative, never overreaching, concentrating mostly on the immediate aftermath of the event, while allowing for some smart uses of flashbacks in order to bolster the notion that Sullenberger was just about the only man fit for this particular emergency. And of course, the entire film is anchored by the amazing Tom Hanks, who yet again crafts a compelling portrait of a regular man thrust into circumstances beyond his control; this is a companion piece, of sorts, to his intense performance in Captain Phillips, and similar to that great piece of true-story entertainment, Hanks’ confident work informs every aspect of the film, allowing himself to become consumed by the material. What is it like to have 35 seconds to make a decision that will affect the lives of 155 people? What’s it like to sit in that cockpit and see the Hudson River a few feet underneath the gear of the plane? What is it like to be faced with the unprecedented, the seemingly impossible?

That’s what’s at the heart of this emotionally gripping and soul-stirring film, and because the ending is a happy one, we’re able to bring that knowledge to the cinema as a comforting device. And yet the film still destroys you on an intrinsically human level, because when you boil it down, any one of us could have been on that plane on that day, making one last phone call or sending one last text message, and coming to terms with our fate.

Komarnicki’s tight script keeps a sense of discipline that feels in line with its subjects; he was able to balance the humanism of the story while still respecting the miraculous nature of the entire event. We’re not hard wired to wake up in the morning, and be expected to glide-land a commercial airliner on a massive body of water. So, it was smart of Komarnicki to let his script document the incredulous responses that waited for Sully after the event.

Eastwood’s no frills directorial style is actually more visually flamboyant than usual, with some incredibly stunning individual shots, while it’s very clear that he wastes no time with any aspect to the process. And I wish I could understand how the CGI was done in this film. Taking a page out of the Michael Bay playing field of the photo real image, the audience is treated to numerous shots of the plane that you know just can’t be real. And yet in every sequence, it never looks anything but thrillingly tangible; why does this movie look flawless at $60 million when every week some lumbering $200 million+ CGI-laden monstrosity is thrown up on screens looking like Playstation 2 leftovers?

And the way that the technicians recreated that chilly morning on the water with wrap around green screens while filming in a flooded parking lot in Burbank with the hull of a plane dropped in the water – utterly spellbinding while feeling totally authentic. I am a firm believer in only doing this sort of effects work if you’re going to pour over each element, each detail. This is something that was clearly done by Eastwood, his estimable cinematographer Tom Stern, and many other visual consultants.

And when it comes to the cinematography of Sully, Stern and Eastwood did something nobody had done before, by shooting in 65 mm IMAX for the duration of filming. The depth of field and striking level of clarity in certain moments is breathtaking. The overcast January skies were perfectly recreated, with an excellent use of desaturated color.

This is one of those movies that just grabbed me by my heart and mind from the opening seconds (which are startling and absolutely horrifying to consider…) and had me in its grasp for 95 minutes. The fleet editing by Blu Murray, a longtime Eastwood associate, keeps a pace that’s quite different from recent Eastwood efforts; there’s a bracing and direct quality to Komarnicki’s script that’s amplified by the measured directorial style and the extremely precise timing of each scene and moment.

And to end the film on the note that it does, well, that moment of levity really hits hard and is a welcome relief from all of the stress and anxiety experienced by all of the characters. It should be noted that Aaron Eckhart is quietly fantastic in his role as the co-pilot; I was amazed by the grace under pressure that both men exhibited during the ordeal, and because this film was clearly designed around lots of research, it all feels totally believable. Hanks should be considered a national treasure at this point, always bringing a steady and sturdy level of gravitas to his roles. Of late, by taking on high profile men of action in films that aim to report the facts, he’s become the go-to-guy for unassuming efficiency with a dedication to doing one’s job.

It’ll be a while before I can totally shake this movie out of my system, as the images have seared themselves into my cerebral cortex, and the feeling of overwhelming compassion that one feels for all of the first responders that came to the rescue is something I wasn’t prepared to take on. Recalling Oliver Stone’s vastly underrated World Trade Center, Eastwood’s film pays tribute to everyone who came together on that day, and who helped to save a group of strangers that never expected to be in the position that they found themselves in. Sully is a film that feels vital and important, and a reminder that human beings are still capable of greatness in ways that could never be predicted. 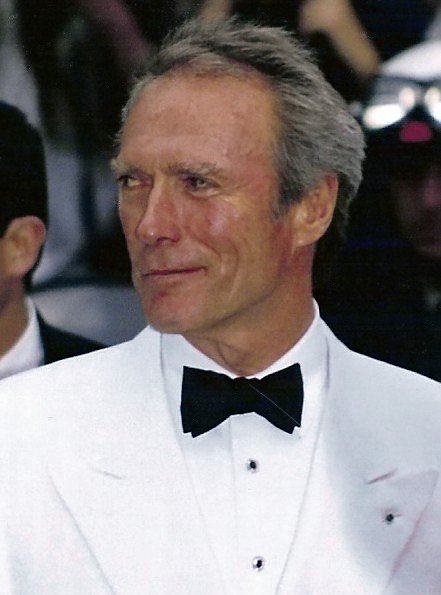