Beware of False Prophets..and False Economy! It pays to invest in an expert who can anchor your project and manage its transition from small idea to a bigger success. That magical person is called a Producer. They were once a neglected / forgotten profession. Now? Notice the stock that is invested in ‘so and so PGA‘ (Producers Guild of America) on big budget blockbusters from Marvel to Bond et al. The fact that say Barbara Broccoli or Kevin Feige have been outstanding professionals for many years before anyone cited ‘PGA’ on a credit list is beside the point. The term means much, clearly and suits a new ethos of awareness and inclusion with regard to a previously secretive craft of producing.

JOHN MONTANA here gives a guide to just how and why a Producer is equally important on a small budget film. It is an investment for sure. But a sensible one, too. Here’s why. Take it away, John! You have just finished your script! Congratulations!! That is a huge accomplishment and you should be very proud. You would not believe how many “writers” can’t even get that far. But you have. Good for you. Now comes the difficult question that you must ask yourself. Do I make this video by myself? Or do I hire a producer to do it for me?

Well, this is a very important question. Because there are many variables you must consider before you start. Personally, I do it all myself. That’s just how I’m built, I can’t wait to get started. With that being said tho, by doing it yourself, there are many mistakes and pitfalls you will make that can be avoided. And by avoiding these traps, you can free up an enormous amount of time and effort to concentrate on the task at hand…which is making your video / movie. Here are the top 5 reasons why you should consider hiring a Video Producer. 1. Is it a Short Film, or a Full-Feature?
If you are making your first full-feature, then I STRONGLY urge you to consider hiring a producer. By hiring a producer, one with experience, will take so much pressure off of you that you will thank your lucky stars that you hired them. They will take care of so many small problems that come up…and they will come up. Every Day!!! That is the nature of film-making. It is challenging every day, and you need to concentrate on telling your story…not worrying about the food truck or the location being too small or an actor being sick. Depending on the size of the project, the producer will be a god-send to your film.

2. Getting Approval
There are many film-makers that go guerilla… meaning they go out and get the shots without much planning or permits. This can be dangerous. I was once on a set with a good friend, and he was going guerilla. He just showed up at a mall and wanted to shoot some footage of his actors walking in to the elevator. The 2 guards took one look at us and laughed us all the way to the door. Needless to say, that n0ght’s shoot had to be scrapped. A producer will know everyone that needs to be contacted regarding approval and permits. And this will go a long way in making sure your set is safe and that you can shoot what you want. 3. Have an Outside Eye

When I am shooting a film, I am laser focused on what I need to shoot, the set-ups, the actors, the lights… many things. If you have a producer that you trust, then they can be instrumental in bringing a different perspective to the set. Many times, they can catch a mistake before it happens or as it is happening, so you can make an adjustment. My last film, something like this happened.

My DP brought in a new piece of equipment…a Ronin, which is a smaller version of a Steadicam. What I did not know was that he had little experience with this. I trusted that he knew his shit, because it was not able to be hooked up to the monitor. Well it cost me… big time. I could not use almost 25% of my shots, because there was always a piece of equipment in the shot that nobody caught. If I had a producer there on the set with me, he would have said something. Lesson learned!!! This can be crucial sometimes when shooting a film. This business is ALL about contacts or who you know. Because everyone is Always looking for their next job, and so they are willing to help almost anyone at a moment’s notice. So it will really help you if you have someone (Producer) who has been in the business for awhile, because that is their greatest asset.

The contacts that they have. They are always on the phone making calls, either for investors or for people that can help you with your film. This is so important for you to understand. A good producer will pave the way for you to make your video or film in the easiest, and best way you can make it. In my experience, I have made only short films. This is because I do not have the cash needed to make even the cheapest feature film. I know people who have made a full feature for under $50,000. But that is a nightmare for everyone involved. You aren’t paying anyone, you barely have money to feed your cast and crew, you are shooting guerilla style for most of the shoot which is stressful to say the least.

In my opinion, this is not how I want to make movies. It should be fun and exciting and exhilarating. A producer sometimes can bring in investors who want to invest in movies. Again, it goes back to contacts. A good producer will have many people that have extra cash they want to invest. And if the producer is a part of your team from the start, then that improves the odds of you making a wonderful film…and shooting it the way it should be made.
So those are 5 important tips that every video creator should have addressed before making your film. If you take the time to prepare for your shoot correctly, then when you actually get to the set, things will flow much more smoothly that if you were careless. Because if there is one thing you can always count on, is that there will be “challenges” that arise on the set. And having a good producer involved will help you immensely.
Good luck!

John Montana is an actor living with his wife in L.A. and is learning how to become a video maker. His most recent video, “Hungry” has been accepted into 24 film festivals all over the world. Check out his short films at No Title Production Films. 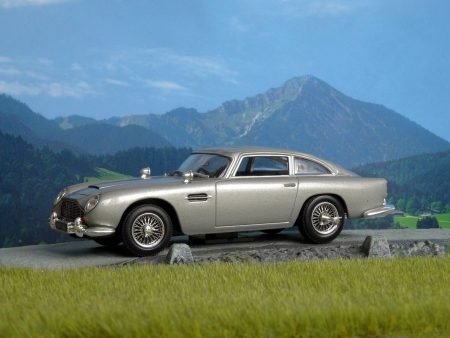 Fleming Friday: Some really wonderful, educative, positive Bond related content is all around!

Fleming Friday: Some really wonderful, educative, positive Bond related content is all around!