Is this a case that simply cannot be solved? How DO you predict an Oscar winner? WARREN BEATTY’s ‘DICK’ is on the Case.. You no doubt know by now who won the major Oscars this year. Congratulations to all winners and nominees. Though it sounds a pat platitude, it is indeed a great privilege to be nominated, especially when one considers that selecting the winners is hardly an exact science.

Naturally, one wants that statuette sat on their mantle-piece and lighting up the CV. That said, given the calibre of company in which one is considered and the related exposure worldwide? I think most artists would be more than happy at just winning that nomination. Well, I would, anyway. Heck I’d settle for one of those lovely sponsor gift bags they get just for attending the events.

Now, yes there was a BIT of a mix up this year, as our hero, Warren Beatty, announced that LA LA LAND had won the best picture award when in fact, it..er…hadn’t. Easily done. Not the end of the world. It’s a conspiracy, Warren! A real life Parallax View.

Of course, what you really need is one of your greatest alter egos on the case, no? No, not Bugsy. Or the randy Hairdresser from SHAMPOO. ‘That film is about politics’ said Warren; ‘No it’s about a randy hairdresser’, replied the great critic, Barry Norman.

Remember, Beatty starred in and directed one of the most underrated comic book movie adaptations of all time: a beautiful film from the summer of 1990. None other than DICK TRACY. Shame we never saw sequels, though Mr. Beatty still technically owns the rights and was recently thought to be seeking out some sort of deal for the franchise’s renewal. He could still play the world weary yet battle ready and moral Cop.

Seriously, the man does not look his nearly 80 years. Even if some did bitchily suggest that he experienced a Hollywood answer to the awful phrase ‘senior moment’ on the Oscars stage last night? Anyway, it’s Dick we need here. MovieViral needs some good, hard Dick. From Warren Beatty. See what we did there? Nah. Don’t be so one track and immature. Some readers, honestly! 😉

Dick Tracy and the Case of How to Pick an Oscar Winner. I’ll cut to the solution. Spoiler alert: there IS no winning formula! It’s a BIT like question spotting for exams with students and teachers. ‘But Sir! That one came up last year. They’ll NEVER ask it two years running?’. They can. They might. They do. Or might not.

Trick is to hand on heart think about the overall artistic quality of a movie that’s been nominated. Factor in its moral message and timing and political match to zeitgeist of course. But even then..just no way of knowing. Kinda like taking an Each way bet on the Grand National (that’s a horse race in the UK /Bridddain..for the Briddddish, btw: saves you looking it up, Trolls).

But this year? We called it. Ages ago. Everyone else was ‘LA LA Land will win everything‘. And yet: our man, Frank Mengarelli spotted the merits in Moonlight. That’s quite some triumphant vision when one also notes that the Oscar race is generally a varied affair between years. Seriously: one year it’s the movie everyone expects to win. Others? It..well..isn’t.  And yet there is always a rationale.

Somehow, just somehow, Kramer Vs Kramer won a Best Picture award once. And yet: All That Jazz and Apocalypse Now did not (please explain!). For some strange reason, Al Pacino was never decorated for his towering portrait of a Faustian pact come Shakespearean tragedy as Michael Corleone in Godfather 2. But he was awarded Best Actor for SHOUTING ‘HOO AH!’ a lot in Scent of a Woman (Pacino finally won his prize and that’s great: but somehow, Downey Junior’s tour de force Charlie Chaplin and/or Denzel’s Malcolm X woz robbed). I am also still bemused by how the director of Birdman and The Revenant (both very dull and derivative and indulgent imho) has been awarded the highest honours two years running. Other choices that seemed controversial however can be rationalised, easily. Many still get angry that Shakespeare in Love pipped Saving Private Ryan to the top award in 1999. But I was not surprised: Spielberg rightly won Best Director for his innovation in style and substance of war movie choreography with those D -Day landing scenes.

But Shakespeare in Love was the greater triumph as a package: writing, costume, design, performance and substantial satisfaction as a viewing experience. Plus, Shakespeare had Gwynnieeee (that’s Gwyneth Paltrow to you and Pepper Potts to Tony Stark).

Include her in a movie and you’ll melt hearts and mesmerise male eyes. Sadly you will also win an army of hateful trolls determined to drag Gwynnie down and anything in which she features. Even if she wins an Oscar for it. Wonder why they’d be so resentful of an Oscar winning, published, beautiful, glamorous, famous, desired, rich and charming movie star like GP? 😉 Where was I? Sorry..drifted into Gwynnie Heaven. Back to Oscar math. It is of course not an exact science and yes there ARE politics involved on occasion, hence lots of ‘agenda’ movies pre Oscar season, though even that is no guarantee of success. Warren Beatty of course had his own experience of almost winning everything with the great Bugsy, only to find Silence of the Lambs a surprise underdog champion instead. It’s easy to say you spotted an underdog would win, with retrospect / hindsight. Except in the case of Oscars, there never really is an underdog until said canine goes from ‘under’ to ‘uber’ and wins. There is simply a front runner, which everyone assumes, logically, will clean up the major award bases, with a correlation between the amount of nominations and awards taken home. When that – sometimes – and as a genuine shock – fails to happen in line with linear logic, the critics and commentators befriend the ‘underdog’ or the ‘outsider’ movie. Many of course claim they told you so all along. They are a pain in the arse. Except us, of course. We called MOONLIGHT. Did I mention that? 😉

So, case closed, Mr Tracy /Beatty. Fact is there is no formula for a winning movie at the Oscars.  Because you can count on the voters to do the opposite of what you expect and just when you think you have cracked their formula, they’ll do the opposite again and probably revert to backing the movie everyone expected to win.

Confused? Brain exploding? Good. Now you know how Warren Beatty feels. Full on intellectual burn-out; a hazard of having a big brain. His own latest biopic movie about Howard Hughes : RULES DON’T APPLY, starring the new /young Han Solo, Alden Ehenreich is a great product of that creativity and it’s worth a watch. Essential viewing for fans of Warren and /or Han Solo /Howard Hughes.. See you back at next year’s award season. The preparations and betting start..now.. 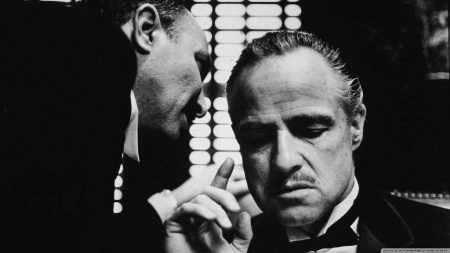