10 fun facts about A Nightmare on Elm Street

It’s almost time to carve the pumpkins, dust off your old costume and switch off all the lights and hide from the trick or treaters, with Halloween only a few days away. Along with fancy dress parties, gorging on leftover sweets and scaring the bejeezus out of family members, many of us will be picking a scary movie to ensure limited sleep on the spookiest night of the year.

With so many new horror films to choose from (and so many that are terrible) picking a fright-fest that won’t leave you falling asleep in front of the TV is getting increasingly difficult. Luckily, there are still a few classics in the sea of B-Movies.

Z-list celebrity nonsense (like House of Wax) are guaranteed to give you the willies. And although Scream, Texas Chainsaw Massacre and PSYCHO! are all individually strong in their own right, there’s one that just gets us every time: A Nightmare on Elm Street.

The movie has everything needed from a good horror flick, from group of small-town high school friends whose lives are turned upside down by a blood curdling evil serial killer to the blood, guts and gore expected from the Master of Horror himself, Wes Craven. The first film was such a success that it became a cult favourite, spawning several sequels and a 2010 remake. To honour this horror classic we’ve put together 10 fun facts about the movie to get you in the mood for fright night. Oh, and SPOILER ALERT.

The key concept behind the movie is that the protagonists can only be killed if they fall asleep, with Freddy Kruger invading the nightmares of the kids to wreak havoc. Although being murdered by an evil janitor in your dreams is a little far-fetched, dying from a nightmare is apparently possible.

In the early 1980s, several members of the Hmong tribe living in the US, refugees from the Cambodian dictatorship under Pol Pot, experienced horrendous nightmares that terrified them so much that they refused to go to sleep, staying awake for extended periods of time. When they eventually fell asleep they awoke in terror again and died shortly afterwards. The still unexplained deaths caught the attention of Craven and he devised the plot device around their sad demise. When director Wes Craven was a young teenager, he shared his paper round with a local bully who would terrorise him and take his earnings. The name of this young bully was of course Fred Kruger. A Nightmare on Elm Street isn’t the first time Craven borrowed his old school bully’s name either, with one of the sadistic killers in the Last House on the Left named Krug. Freddy’s appearance was inspired by a homeless guy whoever, who stared at a young Craven through a window, scarring him for life in the process.

Playing Glen, the boyfriend of main character Nancy, Depp’s appearance was his first in any form, but there aren’t any rough edges in his acting. Charlie Sheen was originally chosen to play Glen, but his monetary demands were too high for Craven’s tight budget, so the debutante Depp was selected instead. Back in 1991, Los Angeles Mayor Tom Bradley declared September the 13th (which was a Friday) as ‘Freddy Kruger Day’ to honour how many A Nightmare on Elm Street movies had been shot in the city. Although it was intended to honour the successes of the movie and sequels and the creative genius of Craven, many residents weren’t bowled over by the idea, with the representative from the Los Angeles Organisation of Women stating “Declaring a day in celebration of a character that exists to slaughter people is absolutely horrendous.” Craven originally thought he could get away with using a stuntman to play Freddy due to the lack of lines in the first movie, but he soon realised he needed an actor to get the body language and movements right. He initially wanted David Warner, who would go on to work with Craven in the Scream franchise, but he was unavailable, leading to the then relatively unknown Robert Englund picking up the part.

As with pretty much any movie from the 1980s, the original film and its sequels soon became a cash cow for New Line Cinema, thanks to the big numbers at the box office. The bestselling items are of course the striped jumper, fedora and steak knife claw worn by Freddy, but there are some lesser known A Nightmare on Elm Street products out there.

How about the Freddy Kruger toaster, which burns an image of the evil janitor on toasted bread, or the Freddy board game that is blatantly aimed at children, despite the film’s violent content.

The Nightmare on Elm Street slot game is a huge hit! There is a slot game, the slot aims to keep your heart pounding and provides the opportunity to unlock huge prizes, the game can be found among eg 888 Casino’s huge array of games, you certainly won’t be disappointed with the Nightmare on Elm Street slot. Based on the 2010 remake, the game follows the plot closely, with a mini game based on staying asleep, it is unlocked by linking up pictures of the victims. By using then unknown actors and shooting on location using practical effects, Craven was able to wrap in 30 days on a modest budget of $1.8 million. It took only 72 hours for the movie to make its budget back at the box office. Well, not exactly deadly, but the first time Robert Englund donned the 3 hours’ worth of make-up and signature green and red jumper, he managed to slice his hand open on the leather glove that had steak knives sewn onto the fingers. Craven initially wanted fishing knives too, which would have caused way more damage, but the props guy must have realised the home appliances store was closer than the fishing tackle shop. Ok so the smash hit part if a lie, but Freddy does indeed have his own album, named ‘Freddy’s Greatest Hits’. Songs from the 1987 album include the catchy ‘Do the Freddy’ and the soulful ballad that is ‘Don’t Sleep’. Luckily for you, the whole thing is available on YouTube, but we never said it was any good! The man in the red and green jumper has become something of a popular culture icon, with his totally unique appearance and terrifying nature helping to stand out from other horror movie characters. The American Film Institute awarded him 40th place in a poll of 100 heroes and villains and he topped an IGN poll of scariest horror movie villains, edging out fellow revengeful murderer Jason Voorhees. 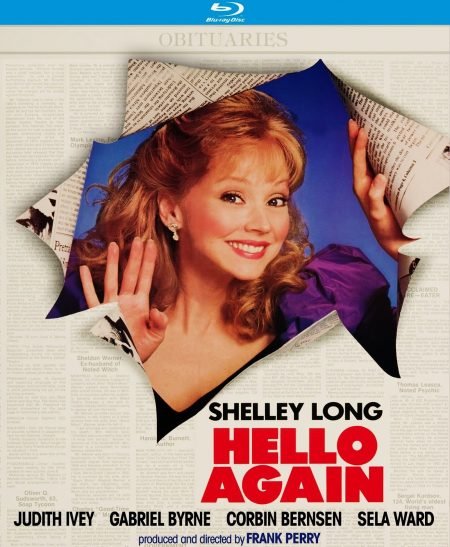 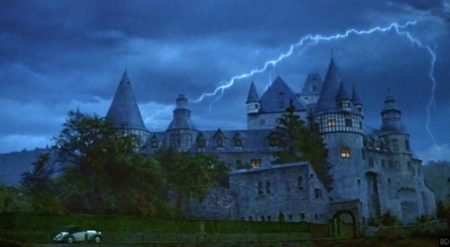