THAT time of year again. You know the type of thing. Film studios whet collective appetites for the forthcoming year with a sudden storm of big, blockbusting trailers.

The top 3 this time have to be:

It’s an excellent trailer. Clear sense of structure, story and style, with stakes to match. This feels like a culmination that has been earned throughout the Marvel movies. We know that bad things will happen here, though quite how bad, and with what finality, remains to be seen. It is foreboding without wallowing in being ‘dark’ for own sake. Lots of clues and mysteries but no doubt a few red herrings and shots that will be presented differently in the final cut? This has a new significance now that it looks as though Marvel will indeed, via Disney, re-acquire the direct rights to film X Men and Fantastic Four properties. Though quite how much or little those seeds are sown, if at all, in the Infinity War story, remains to be seen.

An ensemble piece. But each hero will get a fitting arc, it seems. Hope we get an ending to match the first Avengers film, with Tony and Pepper possibly tying the knot? Be fun to see Downey meet Cumberbatch, anyway: two Sherlocks! Great to hear the Silvestri score beats used in opening and closing moments of the trailer.

Anyway, it’s THE most viewed trailer. EVER. But, if you simply cannot wait to see it, no doubt this new BLACK PANTHER international trailer spot should help manage those pangs.

This is VERY much a classic Spielberg product, delivered by the man himself. You can have all the Guardians of the Galaxies and Stranger Things throwbacks and JJ Abrams homages you want. NOTHING beats the ACTUAL Spielberg visual / atmospheric style. He is also prolific, coming hot off THE POST

So, this COULD be a double whammy year again, akin to ’93/94. Remember? When Mr Spielberg won BOTH the highest grossing blockbuster at the Box Office (JURASSIC PARK: more on that shortly..) AND a fleet of Oscars for his worthier art in SCHINDLER’S LIST? That. The Post is already a Golden Globes favourite. So, Oscars..are not impossible. Fuse that to a likely box office win for READY PLAYER ONE and..Bingo.

Reservations? Well, trailer is a BIT like TRON 2. And we know how that went. It’s also arguably a love letter, by himself, to himself, from Spielberg? And when he tries to ‘do’ dystopic future, he rarely wins (MINORITY REPORT was fabulous, but AI went a bit TOO dark).

So: JURASSIC WORLD hit big. REALLY big, back in 2015. But that was, in part, because there had been a long absence since the so-so third film in the series. It was also a soft reboot of sorts and gave a natural progression of a sequel (actual theme park: open and gone wrong) to the original, with a solid mix of nostalgic callbacks thrown in.

Some maligned it, unfairly. The piece was by no means that spectacular or innovative. But it provided some good set-pieces, Chris Pratt /Bryce Dallas Howard were a likable double act and the film broke records at the Box Office.

What was missing? I argued back then that Jeff Goldblum’s Ian Malcolm was an asset in need of return to the franchise. Someone listened. Life found a way? 😉 Goldblum is back in this sequel and the trailer reveals that. Great. That alone seals the film potentially being worth a watch.

Sadly the trailer also gives away a whole lot more, including spoilers that ruin a few cliffhanging set-pieces and the whole premise of the plot. So, either they have a LOT more left to reveal AND are slightly misleading us..or..this is the weakest of the three trailers in question here?

Remember THAT trailer back in late 1996, pre Christmas for THE LOST WORLD? THAT was the genius of Spielberg. ONE image. ONE hint. In its way stimulating far greater curiosities and providing better entertainment than anything on offer in its 2017/18 counterpart.

JURASSIC WORLD: FALLEN KINGDOM will of course be a big hit. But: whether it delivers on the scale of its immediate predecessor or comes close to the quality of Spielberg’s own offerings (he is still a producer on this one; just not ‘hands on’ director)? That remains to be seen..along with all these other big movies.

Needless to say..we shall keep you posted on all the hype along the way and review each individual product on its release. ENTER THE OASIS! ASSEMBLE! And..before thinking about whether you COULD see the film..stop and think about whether or not you SHOULD 😉 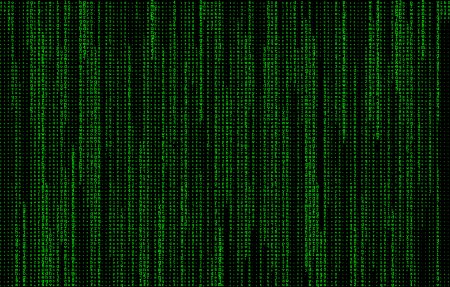