‘I FEEL THE NEED! THE NEED FOR SPEED! NB Spoilers ahoy (the film is 30 years old..get over it).

TOP GUN: MAVERICK is in production (minor delay in its release date: 2020 rather than 19 but still on course); so it’s a good time to look back at the original film. TOP GUN was one of the breakthrough roles that helped define Tom Cruise as a star. Indeed it is arguably his signature role? Yes, he had been an actor for sometime previous to his turn as the daredevil pilot; Risky Business; All the Right Moves; Outsiders etc. But there was something definitive here, with TOP GUN, in so far as the very style and structure of the piece shape around the narrative of ALL the heroes that Cruise tends to play. Man vs system, vs nature, vs man, vs self: all there in one definitive, delicious cinematic recipe onscreen. In very fast planes.

Consider the following ingredients of the piece: Maverick Pete Mitchell (Cruise) is an Ace fighter Pilot. Best of the best! But can STILL learn from ‘Viper’ (Tom Skerritt). There is a rival on the scene, too: Iceman (Val Kilmer). A less competent but still great pilot buddy called ‘Goose’ (Anthony Edwards: the kind of role he would play again, opposite George Clooney, in ER: Top Med?!) is Maverick’s loyal support /wingman but..dies. Charlie (Kelly McGillis) is charged with evaluating Maverick’s fitness for duty yet falls for him and he for her and they learn from each other in the process. Our hero still mourns his missing in action Dad and longs to match his super-heroic flying record on the force.

The movie implies there is a conflict with A N Other foreign power yet avoids explicit politics; baddies are simply ‘bogies’ rather than ‘commies’ etc. It is punctuated by a quasi advert aesthetic: shades, bikes, sunsets/rises, pop video visuals / musical montages. And the hero triumphs, against all the odds, after only the briefest of lulls, before deciding to simply teach rather than remain in the field, as credits roll.. You get the picture. That is NOT to detract from Cruise the actor (he can do character stuff: Collateral, Interview with the Vampire, Born on Fourth of July). But as movie star: he OWNS  a particular template and excels when playing it, whilst pushing it forward in terms of stunt-work and creative freedom for collaborators. MISSION:IMPOSSIBLE-FALLOUT is the most recent example of that ethos (movie of the summer, so it seems).

But TOP GUN is where it all started! And it is a fun watch on its own terms: fast moving, kinetic, stylish, sexy: Director Tony Scott at his very best!

Whilst by no means a perfect film (I don’t ‘buy’ the romances between Maverick and his instructress or Goose with young Meg Ryan; lots of filler shots: like an ep of BAYWATCH on the big screen?), one can nonetheless see film-craft at its finest here.

This movie defines the 1980s in sight and sound.

A generation of kids copied the volley-ball moves, made faux dog tags and daydreamed of becoming fighter pilots. Some actually DID go onto a career in the armed services, with the seeds sown for enthusiasm by watching and loving the movie. Others? Watched the film, wanted to become fighter pilots but didn’t and settled for wearing Aviator shades and talking in flight /military terms at corporate events. You have all met THAT man who declares ‘This is DEFCON 3. I’m like fighter pilot’. No? Ok, just me so..;)

Point is: TOP GUN is an essential watch for any film-fan. A fast, fun, satisfying slice of 80s aesthetic escapism, rooted in ambitious reality both in cinema craft and motivational military propaganda. No coincidence that the Armed services were happy to co-operate on the film’s production, in a manner they weren’t for say An Officer and a Gentleman.

As to the sequel: TOP GUN: MAVERICK? Well it has taken over 30 years to go into development and sadly, it must therefore progress without the late, great Tony Scott. Legend has it that he died the very day he had finalised plans for a sequel idea and that his last act was a shake hands with Tom Cruise on the prospect. Whatever the true details, it is clear that the basic blueprints to be realised on film, started, to a degree, with the vision of Mr. Scott. Joseph Kosinski (OBLIVION) is the new director for the anticipated sequel, which is still produced by the great Jerry Bruckheimer. Val Kilmer will return with Cruise, opposite Jennifer Connelly as a local Bar owner/possible love interest. No word yet on whether Kelly McGillis / Tom Skerritt will cameo, too?  Miles Teller will show up as the son of Goose (Anthony Edwards’ character in the first film). Teller is an interesting choice; a young and upcoming name and talented actor though unlikely to truly upstage Cruise (see also: Jai Courtney in Die Hard and Terminator 5; Shia in Indiana Jones 4 and so on).

It is thought that TOP GUN: MAVERICK will focus on the theme of relevance of the fighter pilot in an era of drone warfare and reconnaissance. It does have a VERY hard act to follow; but  is among the most anticipated movies of the next 2 years so I suspect it MIGHT be a financial, box office success! Cruise is on a roll, post FALLOUT. Fuse THAT to a nostalgia market / brand awareness for TOP GUN? Bingo! Big hit. ‘FEEL THE NEED’. TOP GUN is available on Blu-Ray, DVD and on multiple streaming /download platforms and on demand from SKY Movies. It frequently gets shown at local Cinemas too as a special themed evening.

ESSENTIAL viewing. TOP GUN is enormously good FUN! Tongue in cheek and serious in equal measure; action packed, engaging, rousing, inescapably seductive, boys’ own, accessible, beautiful Cinema.  A rite of passage on the road of film-fandom. One of the classics in the Paramount Pictures pantheon and a definitive point in the Tom Cruise canon. Frequently copied (Wings of the Apache; Days of Thunder; Independence Day; Pearl Harbour).

Even GREEN LANTERN (2011) doffs its cap; honestly it’s NOT that bad and in a full circle turnaround..will be rebooted soon..with front-runner for leading man lantern pilot not Ryan Reynolds returning but..yep..Maverick himself, TOM CRUISE!

Like all great blockbusters, TOP GUN of course has been spoofed (see HOT SHOTS!). But rarely, if ever, bettered in its own field /genre niche. There is a solid legacy onscreen and off, hence the sequel on its way, albeit delayed by 30 years..We look forward to the return of  Cruise as MAVERICK in 2020.. 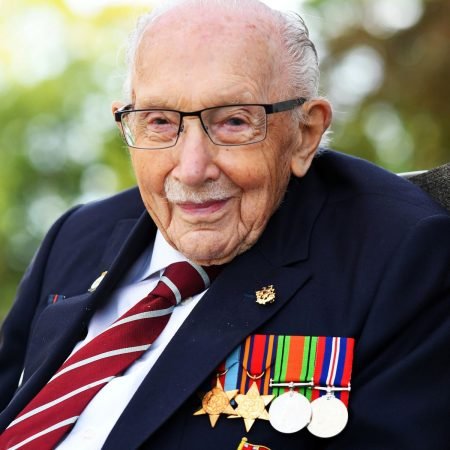