A Review of the Year with Nick Clement

REVIEW OF THE YEAR IN FILM. 2018 is almost done. So we went to the Best Man in the Biz to Give us a Reminder of quite how Good it was as a year in movies. Welcome back, Nick Clement!

(notice to Trolls: we asked Nick; he said yes. He’s a decent human being, a citizen, a darn good writer and he’s very well connected in Hollywood. So consider that before laying into us. It’s New Year’s. Just enjoy the work and the festival?).

2018 was a fantastic year for cinema, during which I saw roughly 70 films which were released in America. I’ve certainly missed a bunch that I can’t wait to catch up with, but for now, here’s my personal top 10 of the year, along with some other fun bits of movie madness!

With the ultimately devastating drama Leave No Trace, filmmaker Debra Granik crafted a delicate, impeccable film concerning multiple topics, including the effects of PTSD on military veterans and the bonds that a father (Ben Foster, magnificent) and daughter (Thomasin McKenzie, sublime) can share under extreme circumstances, while also allowing for a sense of humanity to filter into each crack of this marvellously controlled and executed motion picture, which shows life at its most simple, poetic, and tragic.

The year’s most provocative film that I viewed, Carlos Lopez Estrada’s Blindspotting, from a screenplay by co-stars Daveed Diggs and Rafael Casal, is a seriously jacked-up and justifiably outraged piece of cinematic social commentary that juggles multiple tones while exploring police violence, gun-culture, the use of the English language, racism, rites of friendship, and how people are perceived by one another, taking all of those items and more and combining them with an unending sense of urgency and narrative force that arrives at a utterly ferocious, show-stopping finale that feels fully earned.

Damien Chazelle’s fascinatingly underappreciated First Man has the distinction of being the most pure-cinema experience I had at the theater in 2018, taking an experiential vantage point at what it was like for Neil Armstrong (Ryan Gosling, laser-focused) to become the legend that he became, with some of the most striking cinematography of the year (courtesy of 007-bound Linus Sandgren), which most importantly eschewed customary visual cliches for the space-film genre, in favor of a more personal and intimate shooting-style that allowed for some absolutely breathtaking sequences of visceral and existential filmmaking.

The funniest motion picture that I viewed in 2018 and the one with the absolute best ending/final shot, Private Life, the new dramatic comedy from Tamara Jenkins (The Savages) and starring the fabulous duo of Paul Giamatti and Kathryn Hahn, nails so many honest and painful truths about the process of trying to have a child that it might hit too close to home for some viewers, but any movie that’s this perceptive about modern life needs to be celebrated, as Jenkins places character and acid-tinged humor above all else, resulting in rich, continually rewarding viewing pleasures from all departments.

Adam McKay’s blitzkrieg political satire Vice has the distinction of containing my favorite performance of the year – Christian Bale as Satan’s Helper, aka Dick Cheney – but there’s a lot more of considerable merit on display than Bale’s transformative work, as McKay channels his inner Oliver Stone, breaks the fourth wall down hard and says screw you if you don’t like it, and throws out a scalding, mixed-format depiction of absolute political power run amok (this film pairs brilliantly with Stone’s Nixon), and which sadly encapsulates the last 15 years into something nearly Shakespearean in its level of tragedy and deceit.

Sorry to Bother You, from first-time filmmaker Boots Riley, is a scalding and unbelievably busy piece of cinema-as-social-wrecking-ball, completely breaking any and all rules of formal narrative construction, and offering up scene after scene of visual and narrative originality, with ideas and motifs and questions stuffed into every second of the running time, ultimately going to some places that you could never possibly expect – and I haven’t even told you anything about what it’s “all about” – because that would be spoiling the fun.

Spike Lee’s hilarious, sad, outraged, and outrageous BlacKkKlansman is two things at once: An exceedingly entertaining procedural about the infiltration of the KKK in the 1970’s by a group of Colorado Springs police officers (one of whom was African-American), and a scathing critique of racism, social conventions, and blind-hatred that has continued to fuel sections of this country for decades, with one of the year’s most incendiary single frames of pictorial content.

The hard-hitting and emotionally potent Ben is Back contains two performances that could be considered absolute gems – the brilliant Lucas Hedges as a young man struggling with addiction who returns home around the holidays to a household dominated by his ever-loving mother (Julia Roberts, absolutely superb) – and rests on some painful truths about cycles of dependency, small-town life, personal failure, and the hope for possible redemption, while arriving at an utterly harrowing final sequence.

Sandi Tan’s exuberant and heartbreaking documentary Shirkers takes a punk-rock approach to the form, telling an investigative story about the theft of her own movie that had been shot during the 90’s in Singapore, only to have the footage miraculously re-appear under extremely sketchy circumstances 20 years later, which re-opened the painful emotional process of never completing a very personal piece of art with many of her friends, with ramifications that could never have been predicted.

Three Identical Strangers is one of the most shattering and engrossing documentaries I’ve encountered, telling a nearly unfathomable story of misguided intelligence, casual moral flexibility, and parental deception on the part of “scientists,” that contributed to altering the lives of New York triplets, all of whom only learned of their siblings at the age of 20, thus ensuring that the rest of their infamous lives would be inexorably different from how they began.

Immediate Runner-Ups: Tully, The Rider, Lean on Pete, Outside In, Eighth Grade, The Night Comes For Us, Chappaquiddick, The Ballad of Buster Scruggs, Roma, Soldado, Annihilation, Disobedience, Red Sparrow, Hold the Dark, Won’t You Be My Neighbor

The Biggest And Best Surprise of 2018: The Mule

The Most Underrated Film of 2018: Nostalgia

The Best Action Film of 2018: The Night Comes For Us

The WAITING TO BECOME A CULT FAVORITE AWARD: Summer of ’84

The I CAN’T BELIEVE THIS MOVIE GOT MADE AWARD: A Prayer Before Dawn

The RETURN OF THE SLICK & SEXY PROGRAMMER AWARD: A Simple Favor

The ONE FILM EVERYONE ELSE LOVED THAT I DIDN’T AWARD: Mandy

Thanks, Nick! HAPPY NEW YEAR and SEE YOU AT THE MOVIES IN 2019! Look out for Nick’s reviews across a range of platforms, including VARIETY magazine. 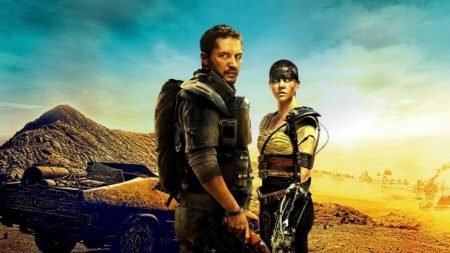 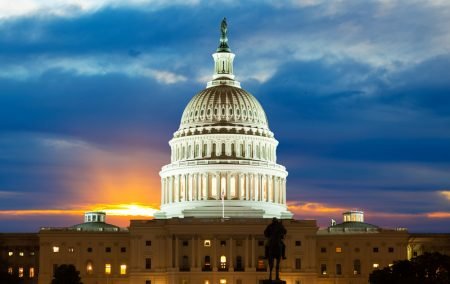 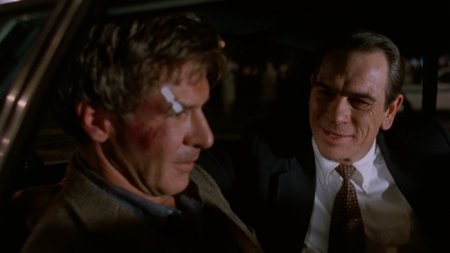