Affleck is OUT as BATMAN! TOM HIDDLESTON and others are in the mix to replace him. But which Politicians could play the Rogues’ Gallery?

HOLY BAT-REBOOT! Matt Reeves’ ‘THE BATMAN’ is indeed, officially, set for 2021! But BEN AFFLECK is..out! Is it in existing Batman / Superman /Justice League continuity? A soft reboot? Its own standalone thing? A return to a previous iteration (Burton/Schumacher/Nolan verse?). Who knows?! It’s a riddle! It’s a shame to see Affleck go. Whilst I never cared for his Bruce Wayne (nouveau riche, unshaven pup); his Batman is the definitive physical depiction of the character onscreen. Did he get a fair run? No. He was served poorly by being in other heroes’ movies. And we sadly never got to see Affleck write , direct and star in his own Bat-film. Remember: the man is primarily a director, now. I think Warners treated him terribly, in so far as they allowed his departure to be all but common knowledge for almost two years, whilst preventing his either making the most of an existing contract or facilitating a faster, cleaner, break. Indeed, it’s difficult to know who could bring anything new to the role of the Caped Crusader (even TOM HIDDLESTON would be pushed!).

Every iteration from camp fun to dark knight has been done, to death? But Reeves, apparently, has a new take in a kind of retro noir thriller with supernatural twist. And, rather than rely on just one big baddie..a rogues gallery of Bat-villains will feature, in a kind of ‘whodunnit’ plot /structure. Very novel.

Rather than speculate on existing actors that could play said band of antagonists to the Bat? I’m going with politicians. Because politics is now governed by media and vice versa. HOLY JOB SWAP! NB: INTENDED AS SATIRE (Not libel or trolling: d’oh).

If politicians were batman villains?

Alexandria Ocasio-Cortez is a nice version of Poison ivy (eco warrior using glamorous seduction to give capitalism kiss of death).

Trump is a nicer Max Shreck (bullish, does not believe in climate change).

Boris Johnson is the Mad Hatter (big hair, in it for a laugh but still wants power?).

Macron and Raab are Tweedle dum/Dee.

Jeremy Corbyn is the Riddler (talks in riddles).

Theresa May is Catwoman (kitten heels..wants to be a goodie and a baddie, can’t decide which).

Tony Blair is the Joker (because he’s all about social experiment and has a big smile).

Any more??. Suggestions welcome! There was a bit of a queue to be cast as ‘Two-Face’ 😉 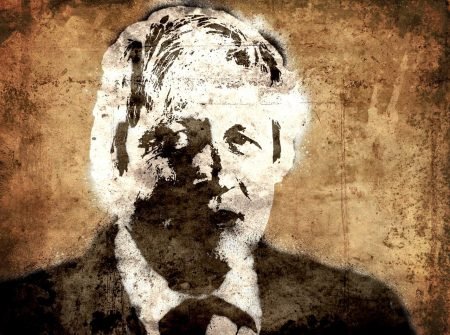