BAFTA held its annual awards ceremony on Sunday. And it’s great to see the best of British talent being rewarded on home soil! Stand-out winners, of a British flavour? It’s not an exhaustive list (the full set of names is available out there). But at a glance? Highlights include:

OLIVIA COLMAN: The acceptance speech was so charming and fun! Shows her star power: earthy, warm, likeable, refreshingly normal. At the same time? Make no mistake, this was recognising her craft at its finest. The Favourite. It’s an unselfish, character part. Nothing vain about it. Shows the kind of commitment needed to truly excel in acting. And that’s a skill honed over many years in the biz. If you have not seen the British comedy series, Peep Show: you are missing out! Olivia really stands out, evolving a character from smart and endearingly sweet to embittered, nasty and drink addled, all the while remaining hilarious and charming. I spotted her years ago from that series and just knew the lady would hit big in Hollywood eventually. RACHEL WEISZ: Once again, The Favourite is, it seems, something of a favourite! Rachel could arguably have had a shot at going for best actress in a leading role? But the politics of the thing, in award ceremonies, is that it’s better to spread the love and have your two prominent stars lined up in separate categories. Makes sense. And Rachel’s was ultimately a ‘supporting’ though central part. This is of course MRS JAMES BOND! The lady has had a formidable career in blockbusting franchises from Bourne to The Mummy and equally, in more thoughtful affairs: The Constant Gardener, The Lobster. A Cambridge graduate, Rachel is as brilliant as beautiful. I spotted her first in an episode of Inspector Morse (Twilight of the Gods; 1993: watch it!). Ironic, as I also thought her hubby, Daniel Craig,  would make a great big-screen Morse!

BEST BRITISH DEBUT: Michael Pearce (Writer/Director), Lauren Dark (Producer). Interesting one that unites writing, production and direction. It is, of course, a specifically British award and therefore is won by..British personnel. That said? These are names to watch, in any event! EE RISING STAR AWARD: LETITIA WRIGHT. I love this girl! Stole the show in BLACK PANTHER and held her own amidst the INFINITY WAR ensemble. Charming, funny, graceful, hard working: we will watch her career with great interest!

RICHARD E GRANT: Ok so he did not win Best Supporting Actor for Can you Ever Forgive Me?. But what a gracious nominee! He is on a roll, enjoying a second wind in his career and loving every selfie taking moment of it all. A thorough gentleman, we have twittered each other on occasion. What’s endearing above all is the man’s surprise at his own star status. Let us not forget that in the early 90s, Grant was Hollywood’s go to Englishman /baddie. Indeed, he was mean to play the Sheriff of Nottingham in Robin Hood: Prince of Thieves. Was a great Scarlet Pimpernel, too. Can’t wait to see him in Star Wars Episode 9: it couldn’t have happened to a nicer..’snoke’? 😉 CONGRATULATIONS TO ALL WINNERS! ROLL ON THE OSCARS! 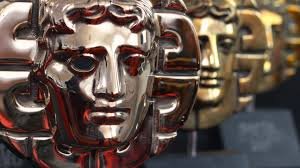