As AVENGERS ENDGAME is upon us at last..and as we TRY to dodge the myriad of devastating spoilers that have been leaked by scum, online? Let’s take one last look back at the hero who started the whole Marvel Cinematic Universe. The GREAT TONY STARK (Robert Downey Junior). Here is a selection of magic moments that maketh the (Iron) Man..

This is an excellent model of storytelling and character /plot setup for any origin story. We get a sense that Tony is a naughty boy, that he works in a complex arms manufacture game and that yes he has both charm and room for reform of character. At the same time? It’s a bold, in universe, corporate introduction to a behemoth of salesman charisma. Wonderful!

Great montage work here as we see Tony evolve in character, learning from Yinsen (Shaun Toub). Quite edgy and ‘dark’ (torture by terrorists is implied / flash edited in?). But also moving, fun, rousing.

You get the JOY of design, drafting, building. This is a first rate montage. I remember feeling the sheer joy of Tony flying the suit for the first time. It was a magic moment of Cinema in my all time favourites and coincided too with a relief that Robert Downey Junior had been given a chance again to show Hollywood what a powerhouse leading man he was. The score is great too: Game of Thrones’ Ramin Djawadi captures the evolution from clunky industrial machinery towards streamlined technological joy.  Beautifully framed, coloured, edited: director Jon Favreau at his very best.

I never understood why Iron Man 2 was so maligned. Was it rushed? Sure. Not as good as 1 (nothing is, frankly): ok! But it’s fine, fun, self contained action-adventure with plenty of laughs and a genuine story /character arc at its core. The scenes where Tony is defending his ‘high tech prosthesis’ is a bravura piece of comedy and a still relevant political satire in its way. I enjoy it, anyway: it shows the character still has an element of fatal hubris and that can emerge at anytime like an Achilles Heel made of Kryptonite. But it’s also just clever, especially the interplay with Sam Rockwell as a wannabe Stark pretender.

The scene speaks for itself. Badass brilliance yet still that human element of awkward comedy / vulnerability. Also plays into the bigger themes of the movie that our hero has overstretched himself. Sure he can face the threats presented; but they are on the rise and can no longer be ignored. Kinetic, immersive, exciting: with John Debney giving great score to match. The tech is fantastical without veering into the nano-tech stuff of more recent outings. I was at that very racetrack a few years back alongside a visit to the Cannes Film Festival. Cannot recommend the experience enough. Another world!

Sure, Avengers = ensemble. But Stark is a way in for many viewers. And the closing shot of 2012’s classic movie says it all. Tony has come full circle. He is building a new home. With Pepper Potts (Gwyneth Paltrow). This, to me, is every bit as moving and beautiful as ‘that cafe in Florence’ from Dark Knight Rises /James Bond on a rooftop of union jacks in SkyFall. . The idea of a happily ever after via new beginning; keeping an option of course for more adventures but equally leaving you with an image so perfect that you need never see any of the further tales.

The evolution of the Tony/Pepper relationship is especially endearing here: the girl has played a vital role in reforming, redirecting and resurrecting the boy to realise his very best and he finally is happy in life with her. Adorable. Great Alan Silvestri score to match. Perfect framing from Director Joss Whedon, too; (say what you want about Justice League press-ganging him into a last minute edit..but even there..that endearing sense of an open closure ending and happy possibility of house building is ‘there’: pure Joss via Zack Snyder?!). Perfection. And my go-to cover-pic image of choice. Tony, Pepper and Avengers Tower. Heaven! A truly simple innocence that dwarfs any of the bombastic super-heroics on display. REAL movie magic. Right there!

A perfect closure on the character. Forever? A closing speech to a complicated film that begs the question as to whether Stark/Iron Man would be back..whilst also kind of making it obvious that, of course, he had to! Very clever. Followed by the best set of credits / a score from Brian Tyler that is worthy of a classic Bond movie.

This shows Stark gone dark but in a nice mistaken rather than calculating/villainous manner but just as destructive and deadly. He does not set out to do harm or evil yet arguably, in a pathetic, MacBeth like way, is cursed, entranced, hypnotised into advancing the security applications of science. And so, Dr Frankenstein like, we get the creation of ULTRON. It’s a hint of how great Downey can be at playing complex characters that have dark dimensions but undeniably persuasive articulacy and charm. Great lighting, atmospherics and editing here, too: echoes the comics, the tv shows and still has that Hollywood sheen / specific Whedon Avengers era //Marvel Cinematic Universe aesthetic.

Tony and Steve Rogers (Chris Evans) sit down and talk history, geo-politics and relationships. Such a simple scene. Perfectly pitched as preface to what unfolds later in the film.

This is true growth. Stark as mentor figure: essentially a kind of avuncular Uncle but also a serious teacher Uncle Ben type for an earnest yet over-ambitious Peter Parker/Spider-Man (Tom Holland). Once again, peel away layers and the depth is ‘there’: the sadness of Tony projecting onto a kid and maybe even using the mentoring as a kind of surrogate father/son dynamic? But it’s just FUN on its own terms, as is the interplay with Aunt May (Marisa Tomei: who had played opposite Downey before in a cute little movie called Only You). Shameful though that there was no scene between Michael Keaton (the baddie in this film) and Downey: such a missed opp!

Every line, beat, look here: genius. I’ll let the clip speak for itself.

AVENGERS ENDGAME is in Cinemas now. Enjoy it but don’t spoil it. TONY STARK WILL RETURN (I hope!). 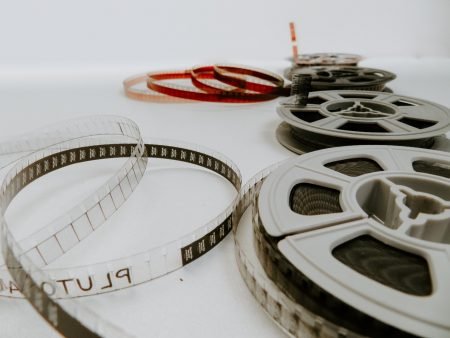