Treasures from the Orient: The Best Asian Gamblers on Film.

When you think ‘Asian Cinema’? You might go straight to Martial Arts. But Poker-Fu is just as Good..as we see here, Today! Asian filmmakers have a long history of creating some of the most entertaining hustler movies to ever reach the silver screen. As with many of the most popular film-making traditions, Asian hustler movies were heavily influenced by Hollywood. In fact, western audiences usually discover Asian influences through western films such as the James Bond film Tomorrow Never Dies, which heavily featured Hong Kong. For those who want to delve deeper into Asian film-making there are lots of places to start. In this article we look at the top Asian Hustler films.

Two best friends/renowned professional players are tasked with cracking a casino scam led by two Japanese risk-takers. What follows is a convoluted plot involving triad gangs, billions of dollars, romance, and violent betrayal. Although much of the significant events in Casino Raiders happens in the U.S. and around the world, the movie ultimately reveals much about the high stakes casino culture of Asia. In fact, some film-making circles consider Casino Raiders as the definitive casino movie of Hong Kong. The casino culture in Hong Kong is famous for being one of the most significant in Asia as gambling is illegal in mainland China. Expatbets in their guide on China’s betting regulations reveal that Hong Kong allows for social gambling, “as long as betting is made for pleasure and entertainment”. Something the characters in Casino Raiders would know little about as the film progresses. The casino scene in Hong Kong is not well known outside of Asia and Casino Raiders shows off this hidden side of the city near-perfectly.

No list of best Asian hustler movies would be complete without Hong Kong director Wong Jing’s masterpiece, God of Gamblers. Released alongside Casino Raiders in 1989, these two are arguably the most influential of the Hong Kong gambling films that dominated the latter part of the ‘80s up to the mid-’90s. While both offer convoluted plots, delightfully chaotic violence, and high stakes hustling, AV Club explains how God of Gamblers sets itself apart by also banking on self-aware slapstick comedy that actually works. There’s also the fact that it has spawned six different sequels and nine spin-offs.

From Vegas to Macau

Wong Jing does it again. Nearly three decades after setting bar with the God of Gamblers series, he released a new film called From Vegas to Macau in 2014. Wong initially sought to revisit his definitive series by writing the movie as an unexpected tragedy. “Gradually, however, we realised we’re probably going to release the movie during the Lunar New Year – and it didn’t seem like the smartest decision to open with a tragedy around that period,” explains the director. After six rewrites, From Vegas to Macau emerged as an action-comedy, the perfect tribute to its origin influence.

South Korea takes on the high stakes hustling genre with the 2006 movie Tazza: The High Rollers. In this classic tale of revenge, a naturally talented card player makes his way into the world of underground gambling. Coming from a small town, our hero has big dreams, eventually leading to him betting his entire life savings on a hand of hwatu – only to get cheated. The rest of the film follows Go-ni as he embarks on a quest to get revenge on his cheater. Even though Tazza: The High Rollers was released a decade after the Asian casino movie craze of the ‘80s to ‘90s, it emerged as one of the top-grossing films in South Korea to date, proof of people’s love for the classic hustle/revenge story. 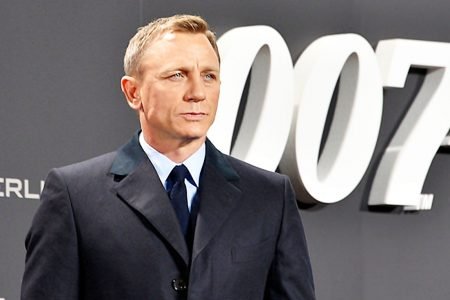