Pattinson says The Batman is ‘not a hero’? Misquote or insight? And could the movie..Flop?

NEW BATMAN: I AM NOT A HERO. NEW BATMAN MOVIE: I AM NOT (NECESSARILY) A..HIT? So it’s started. The endless trending of nothing news when an anticipated film has entered pre-production and is verging on actual realisation but is not quite readied for teaser trailers, logos and viral media. You get instant ‘hit’s trending on the film, taking any and every single quote /development and stretching that out to a quasi-article. I would never do that, honestly ;).

And so it is with THE BATMAN: 2021’s most anticipated super-hero reboot. Except it’s not about a super-hero. Robert Pattinson is playing the lead and has made that quite clear, though his words might have been over-amped by an over-eager blogging sphere. What our new Batman means is that he would not be drawn to a solely heroic character: this is a damaged person, a vigilante, an obsessional and dark character. So there is stuff to do foe an actor besides work out and get the right physique, before donning the cape /cowl. As an audience, equally, we should relish the challenges of siding with a person who saves the day but via somewhat ruthless utility in aim and method? That. That’s what he means. I think. In other news: Zoë Kravitz has been cast as Catwoman. Great. It’s not Rihanna (not a great actress..at least not yet; tends to make catchy tunes but with nasty, gangster trash lyrics devoid of any kind of soul, warmth or discernible suitability for kids?). Kravitz has done well lately, turning up in Big Little Lies, season 2. She also looks the part, no doubt; one could open certain issues of the comic books and just think..that’s her! Drawback? Well it’s not excatly imaginative casting, is it? Little to no risk.

Now, had they cast her mom (Lisa Bonet) or a former, slightly older actress from the same role (Pfeiffer?) then I’d be both stoked with anticipation and curiosity via surprise. I also think it’s a BIT too soon after the amazing Anne Hathaway made the role her own in Dark Knight Rises; and Ms Kravitz did not exactly look like she had fun as Angel in X Men: First Class. But sure, yeah. Fine. NOT so fine is the idea that we should all be expected to be excited by the casting of Paul Dano as RIDDLER! Once again, visually: fine, it fits. And yes, good actor. But that comes, alas, the same week we learn that Jonah Hill will NOT be playing PENGUIN. And neither will Seth Rogen. Paging James Corden, anyone (seriously, trust me..I would not be surprised). What we are left with, so, is possibly: Pattinson as Bruce Wayne/Batman (great), backed by Kravitz as Catwoman, with Jeffrey Wright as Commissioner Gordon, Paul Dano as Riddler and maybe Pierce Brosnan as Alfred. It’s fine, just fine.

But it still lacks punch? NEEDS at least ONE massive big name hitter to really lift this, or at least some more mid road art-house actors to make it feel like an artistic ensemble. A hint to visuals and music might help the hype, too. Could we perhaps return to a gothic gangsrter movie vibe, a la Tim Burton’s first Batman from 1989? Possibly bring back Danny Elfman on music duties? Nostalgia meets innovation, via the promise of a premise in a pulpy mystery plot revolving round the action scenes and exotic design?

In today’s saturated super-hero marketplace, you NEED a USP. You NEED  dash of familiarity and yes, LOTS of hyped up FUN..even if your film proves ‘dark’ or ‘worthy’. Just sayin’. 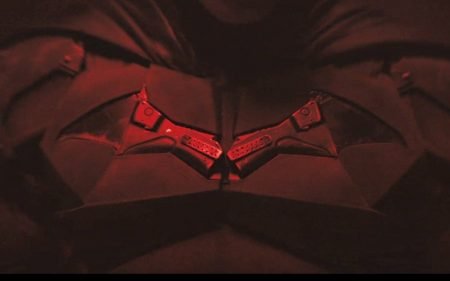 ONE WEEK TIL THE BATMAN

ONE WEEK TIL THE BATMAN