Hercule Poirot and the Case of the Completely Pointless Remake. Part 2.. In case you hadn’t noticed? There are far fewer films out there at present. And consequently, less of a pressure to comment so relentlessly. Hype much reduced. One finds a new pleasure in old classic titles. And yet? Today, inexplicably, we get a trailer for the new Branagh Hercule Poirot film. Good God. Where does one even BEGIN to hate this? Let me count the ways..

The ORIGINAL was PERFECT. Ustinov! Niven! Countless other stars! Yes it was made in 1978 but still stands the test of time. The television adaptation with David Suchet had to be made for completion sake. But THIS Branagh version? THERE IS NO POINT IN IT, surely? Yes, Murder on the Orient Express did solid business. Course it did: the cast was sublime and there was a genuine novelty. But it was unremarkable at best and hardly broke records? Was there REALLY a worldwide mass movement seeking sequels?

This CAST is..a bit meh. Ok so Wonder Woman is in it. Fine. Except her appeal, frankly, consists in her playing..well..Wonder Woman. Exceptional athlete and beauty. But by no means a ‘star’? The notion that people will queue up to watch Branagh in tache doing silly accent again and peddling his own frankly now mediocre brand of direction? Fantasy. Sorry. I say that as a lifelong fan of his Much Ado About Nothing. Now, Annete Bening is in this and that alone redeems any project, however dull. But are we truly to be excited by ARMIE HAMMER! RUSSELL BRAND! DAWN FRENCH! Answer: no. Seriously, compared even to the previous film in this now inevitable series..this is a Poundland Covid era casting, surely?

The visuals. Oh look! A snapping light bulb from a camera! A passionate tango embrace! SO ORIGINAL! SUCH A FRESH TAKE! I have seen GCSE Media Studies submissions with more innovation than this trailer.

Tonally Illiterate? So presumably, there is an assumption that the demographic here is the Midsummer Murders brigade. People who will go to the Pictures to watch a murder-mystery on a bigger budget? Kinda like Knives Out? Except that said 2019 Daniel Craig effort had its own unique style and a genuinely versatile and alluring ensemble, transferring new motifs to old templates and vice versa. THIS? A LITERAL REMAKE OF A FILM WITH A STORY THAT IS IN A BOOK ANYONE CAN READ / LISTEN TO..Where is the USP, here? Answer: NOWHERE. It’s neither comfort food cosy nor is it truly a visceral blood and grit re-imagining?

So SMUG! This trailer seems to presume that we WANT to see Poirot and Branagh back in action. Like it’s Harrison Ford as Indiana Jones or something. It isn’t. I don’t want to see this. And frankly, I would be surprised if anyone rushes to Cinemas to see this, with or without a mask. Even as video on demand this should struggle. But then hey, you know the old cliché: ‘In the Land of the Blind, the one eyed man is King’. 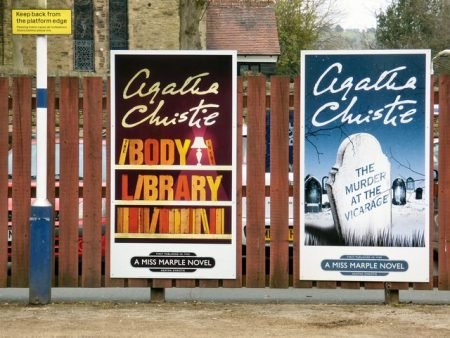