So, Marvel. You are apparently toying with a return of Jamie Foxx as Electro in a new SPIDER-MAN film. FINE. Except, um, no.. Look, I get as excited as anyone by all this. But even so? It’s like the kind of fan-fiction that would have been turned down by studios years ago is now their ‘go-to’ as a story premise.

And it’s on a whim. Despite all that pseudo-erudite nonsense of making super-heroes ‘realistic’ and having ‘depth’ that defined the last decade or so.

Hey! Tom Cruise as mirror universe Iron Man (no. just no). Green Lantern, maybe? Older SUPERMAN, even? Tom is a special boy and I like him but just, no to his being Iron Man. Would not have worked even when mooted pre Downey.

Iron Man/Stark is either Downey or nobody. Unless you go full reboot and return to the 1960s-80s vision of the character (playboy yes but more serious: think Tom Selleck crossed with Kevin Kline, Errol Flynn and Tim Dalton?).

Notice there is also talk of Bale’s Batman coming back (despite his version clearly existing, save occasional hints to contrary, in a non sci-fi world, as he did not continue for Batman v Superman?).

At the same time, no notion of Kilmer/Clooney getting a second stab at the cowl, because, offscreen, those versions are perceived as non canonical, because they are not Keaton/Bale/Affleck? Whilst we lost out on 20 plus years of these kinds of stories with actors of this calibre in projects LIKE this AND more adult fare. It’s as though the kids have taken over the school or something.

Never again will we see a Godfather, I dare say? But fine. We get movies ABOUT making those movies, in tandem with comic book films becoming their own meta-marketing myth as substitute for a creative, cohesive vision.. 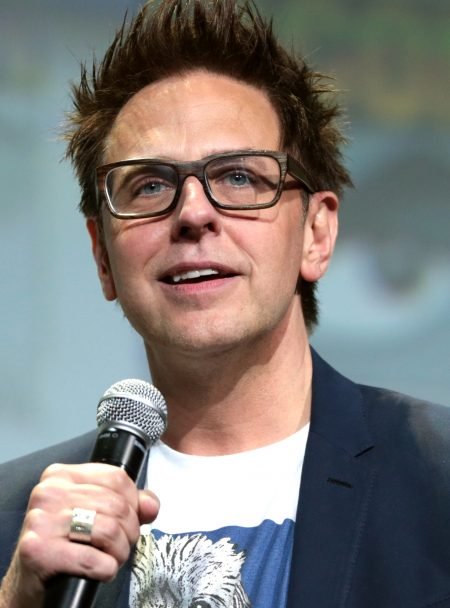 JAMES GUNN IS NOW THE BOSS AT DC ON FILM

JAMES GUNN IS NOW THE BOSS AT DC ON FILM