Internet idiocy: the new powerbase. They want your Ideas.

Oh and Don’t Blame LAURENCE FOX. He is just taking a stand his way. Same way everyone else is in theirs? Twitter has been very busy of late. Lots of back slapping. ‘I HATE TRUMP THEREFORE I AM AMAZING!’ kinda thing. Fine. Great. But don’t expect medals for simply stating an opinion in what is a free society, despite your fantasy to the contrary.

Don’t turn heroic hashtags into brand names. Don’t paraphrase someone else’s ideas in a new key to simply suit your own view of that person or their perceived beliefs. That defeats the object of the whole exercise, surely?

I refer you to these examples, especially:

1:
Laurence Fox is an English actor. He appeared on a BBC politics chat show, Question Time. He had the temerity to suggest the the UK was not a racist country and that criticism of Meghan Markle were not always motivated by racism. Awful. I know. How could he! Fox was blacklisted, in effect, overnight.

His response was to embrace his new found status and become a kind of full time Twitter man. Fine. Though that has now gone too far; setting up his own political party and getting it so very wrong about Black History Month. He posted a tweet showing off that he would abandon Sainsburys supermarkets for their promotion of said month.

Except that  Black History month predates current BLM movt by over a generation. It is an inclusive teaching tool that enabled use of context, culturally, in bringing history to life. Academic rather than ideological. So, Fox was just WRONG to take a stand this time. Getting kids interested and engaged in history is a good thing.

That said..I could let it go. I don’t score points for calling him out anymore than he did for his tough stand against Sainsburys. Unlike the Twitterverse..

..Cue every wally on Twitter trying to look clever by blocking /castigating/ thinking up funny one liners against Fox. Now, granted, he was simply wrong, factually on the BLM / Black History correlation. But going after him with tweeted pitchforks is not the way to win. Especially if you are not funny in the process.

Does Fox have a point, though? He was misguided or misinformed in his application to facts. The principle, however, is arguably sound..

2:
Using BLM /Black History Month as a marketing tool to sell me books, movies, ice cream, nukes /whatever your product? Is, I think, blatant, wanton, nasty commercialising of the very kind that has enabled economic oppression in the first place. Don’t bow to a corporate hashtag for its own sake.

And every celeb/wannabe counterpart seems to be doing the same, now, with the LGBT(Q) contingent cause. As demonstrated with the Proud Boys Gang. Well done. You made them TREND. On Twitter. Granted, I joined in. #

I had them record a version of Can’t Take my Eyes off You (Boys’ Town Gang) but even so. I knew when the joke burned out and when to call it a day. Celebrity wallies on Twitter..don’t. Cue the biggest publicity / marketing /recruitment drive for Proud Boys, ever..

3:
Yes, the Proud Boys as gay thing was funny. For five minutes. Drop it now? You are trivialising a serious debate; ironically drawing attention to / inciting said Proud Boys to action? And in a way, that’s a kind of inverted homophobia: placing the gay cause in the front line to fight your battles, under a pseudo-shield of camp humour.

Just sayin’. I mean, yes, I could do it on Twitter. But they limit character use. In every sense.. 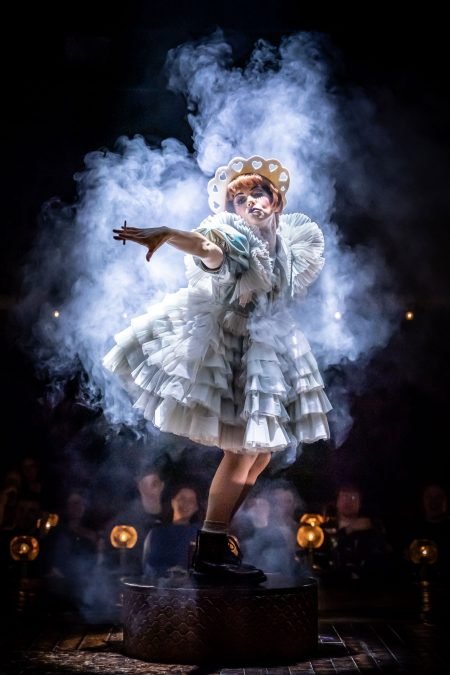