Daniel Craig said it best himself. This thing is bigger than all of us and we want as many people to see the movie, as safely as possible.

Was it frustrating for the Bond film to be delayed yet AGAIN? Of course. I love 007 and No Time To Die looks awesome.

But if you are whining about that online and being abusive toward producers? Then you need a gigantically massive kick right up in the place where you currently exist only as a pain to others.

YOU HAVE TWENTY FOUR other movies in the series. Watch one a week til the next one is out. Or MAYBE…just MAYBE read one of the BOOKS?

The move was ALWAYS a possibility. They did what they could, including, as responsible yet speculative producers, marketing to the max as normal right up until a week ago.

007 Podcasts. Music videos. Guest spots. You name it, they were on it. And that material is still there. Including all manner of clips you can freeze frame and enjoy.

More on that later: all too easy for team Bond to drop a marketing ball in the wake of delay..

..But what if Corona had NOT been there? It’s fair to say that yes, Bond, like Batman, Star Wars et al could still pack the Cinema.

Fine! Except things were not just fine, were they?

What the current climate has done in effect is simply accelerate a need for evolution in technological management. A deficit in basic customer relations vs economics was becoming self evident yet unactioned, dangerously inviting commercial extinction.

Each of us is more selective about the movies we invest in seeing now. It is VERY EXPENSIVE TO GO TO THE PICTURES!! Babysitters. Parking. Popcorn. IMAX 3D vs ‘normal’ screens (itself a kind of neo-B movie discrimination, surely?).

Yet ZERO differentiation in the vast majority of services relative to the quality of movie /related demand?

And, we, as social media users, yes ALL of us, have increasingly adopted streaming services as a kind of verb as much as merely descriptive branding noun. ‘Netflix’ IS the new ‘go to the movies’.

There are possibly as many if not more ‘movie’ reviews and news pieces / speculative blogs concerning made for TV content than there are about its cinematic counterparts.

Yes, v sad THE BATMAN got moved to 2022. Who cares when HBO MAX are gibing us a Snyder Cut Justice League?!

In short, to some extent? Whether one likes it or not, there was a threat to the old school movie-going experience. That predated Corona, which is why what we are seeing now is an apocalyptic catalyst for change that was coming already.

Don’t get me wrong. I adore Cinema. I’d have no place blogging on film related topics, otherwise. And it is tragic, in the truest sense, when near 5,000 jobs get axed, overnight, with next to no notice and zero fault by the employees in question.

That’s just a conservative estimate at the beginning, too. The fallout will be a lot worse. Even if Chains re-open and jobs are reactivated. There is a bigger picture of decay, decline and depression. Movies must lead the charge against that, rather than become the poster personification of the bad news?

I do believe, however, that consumers of Cinema and those entrusted with running said venues, should have seen the writing on the 3D view-screen interactive streaming monitor a while back, and evolved, duly.

Blockbuster Video and indeed, all /any rental outlets of physical media, died a commercial death because they failed to evolve in the face of then imminent shifts that were at once incremental yet overnight and dramatic.

Why should Movie Houses be any different?

They are by no means immune to the indiscriminate inevitability of time. But they can and indeed should evolve service models to match. It is not only possible to do so but necessary and the demand is there.

We ALL miss going to the movies. I miss the social experience. Sharing the film, in a dark room full of strangers but accompanied by your dear friends. Watching online with text messages in between simply does not cut it, lovely though that is, too.

And as for the quality of the films involved? They need NOT be some sort of cultural experience of divine revelation.

Sometimes a director sneaks out a derivative run of the mill paint by numbers hit.

CHRISTOPHER NOLAN IS ONE OF THOSE PEOPLE. Yes he makes some great movies. But also, some mediocrities.

THAT IS WHY TENET was NOT THE SAVIOUR OF CINEMA.

The movie was hyped as being some sort of religious meditation and ode to excellence. Had they simply said ‘This film has a shit plot but shit-hot action!‘ Who knows? Maybe more bouncing bottoms would indeed have filled out the socially distanced seating plans.

Either way, a BIT unfair for the likes of Mark Kermode to insinuate that 007 somehow had a duty resting on his shoulders to bring people back to the movies in droves?

Granted, my own headline implies Bond will save Cinema and I believe he can do just that. But only when time permits. The bigger picture..

007’s prolonged absence did not somehow speed the closure of venues? That might also be what the Cinema chains are stating.

It’s just not fair on Bond. Stop it now!

Barbara Broccoli is among the most brilliant, careful, shrewd and kind of movie producers. And rather lovely, yes. She’s not about to throw away an investment.

Universal Pictures are distributing No Time To Die and their own accounting probably now dictates the merits of back to back releases in a block next year with Fast 9 et al? MANY MANY factors to, um, factor in.

And no, they cannot just stream this. Because that really WOULD destroy film culture. AND cost everyone £30 to own a movie they can wait just a few more months to see for half the price.

The lady does not want us risking our lives to see a a movie.

If I do have one gratuitous piece of advice for team 007, then the key words are viral marketing. Delay the film, sure. Just do not feel a need to retract all the marketing.

If anything, fans need Bond now more than ever. Overkill to be avoided. Saturation deadly.

But weekly podcasts, clips and indeed mini movies (animated?), audio-plays, actor commentaries, Q (!) and A etc. THESE are the essentials from here until April.

As with Cinemas needing evolution, so to must the Bond machine. Because this KIND of marketing IS the future, every bit as much as the uncertainties of Corona et al have catalysed this ghastly ‘new normal’.

And who else, besides James, could stage manage not just one but THREE launch campaigns for just one movie? Bond. Only Bond! Just enjoy the extended hype and Daniel’s remaining tenure.

Belated Happy James Bond Day.  Hang in there, one and all. x 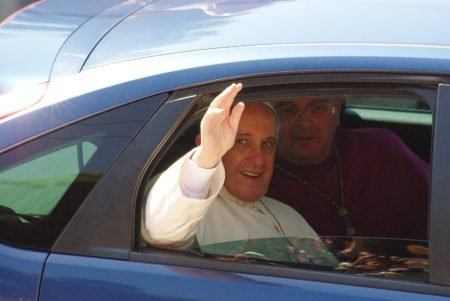