A look at the ‘new’ Die Hard mini movie and some Alternative ideas for sequels past / future..

I was duped! Fooled! I totally bought into the idea that BRUCE WILLIS had taken the initiative and made a mini John McClane adventure. It had a logic to it. Lockdown.

Small scale? Shoot in secret via bubble of colleagues. Low budget. Boost the world’s morale while Cinemas are down, whilst providing a teaser taste of things to come? Need not be canonical but left open.

Our hero is at home and under attack from burglars. Home Alone meets Die Hard?

But..NO. Alas. What was teased by Willis’ daughter (lovely Rumer) via Twitter the other day is in fact a BATTERY ADVERT!

Now, panic not. Is that a massive disappointment? Sure! But it is an entertaining short film, all the same.

Indeed, it is far more in harmony of tone, theme, pace, visual scheme and script beat with the first 3 films than those two recent mediocrities AKA parts 4 and 5 (Good Day to Live Free zzzz).

Slick. Tense. Funny. Glossy yet gritty. And Bruce having FUN! Nods to continuity without overdoing that trope. Just YES! This might not be the 6th film. But it’s the very next best thing and maybe better. Honours the legacy without tainting it.

Perhaps it is Bruce’s warm up act? A sixth film in the series has been in development now for at least 4 years. Disney bought Fox, thereby disrupting things somewhat.

But the principle of that pitch is John must return to a case left unsolved 30 something years previously. So it’s part prequel. Fine. Great. Not the format we are used to but if they get the right young Bruce? Might work.

Never get too excited for a Die Hard sequel. They might not happen. Equally, never dismiss it dead out of hand. Like the movies’ lead character, it ‘aint over ’til he says it is.

Remember that it took FIVE YEARS to get part 3 (‘With a Vengeance‘) off the ground. People had given up hope. Pitches came and went, many of which made logical sense.

If part 1 was Towering Inferno and 2 Airport; surely the third should be at sea, right? Cruise-ship seized by terrorists, except one man is in the wrong place at wrong time. Etc.

Cue an unmade script, ‘Troubleshooter‘, re-tailored for Willis and co. It ended up as Under Siege and also, Speed 2 (itself a sequel to a ‘Die Hard on a Bus‘ pitch).

Under Siege 2 is also, basically, ‘Die Hard on a Train’. Confused?

We also almost had Die Hard on/in the new Subway System (trains; not the sandwich shop). Except Martin Riggs (Mel Gibson) had run through that area in Lethal Weapon 3. Maybe they can team up in a massive one off crossover film before everyone retires? BRUCE V MEL..They fight, they argue..they join forces and beat the baddies..

..In the end, a script named ‘Simon Says‘ was discovered. Initially: it was about a racist bomber seeking revenge on an old school acquaintance (who happens to be a cop). The story was tweaked and retooled for the Die Hard tropes.

As sequel that works! 1995 proved the franchise’s finest hour and in a year of Batman, Bond, Crimson Tide and Casino directed by Martin Scorsese which became one of the top gambling movies worldwide.

The city as the confined space but on a large scale, with every vehicle combination possible deployed, thereby wiping out all competition.

Jeremy Irons gave his best ever performance here, playing Alan Rickman’s brother (a role offered David Thewlis and Sean Connery; but Irons was the only man who could be a truly worthy Gruber brother /adversary to Willis).

An impossible act to follow? Perhaps. And it took TWELVE years to return to the series for part 4. The one we got (Live Free or…)is a fine action fest. But it lacks the charm, wit and character of the preceding 3.

He swears less, has stopped smoking and now flies helicopters. But he is also devoid of warmth and is in fact rather nasty?

If only they had made the far simpler pitch. Die Hard: In the Jungle. Literally. John and a few buddies /family (Sam Jackson; Ben Affleck; Michael Keaton; Mickey Rourke) go on a lads’ weekend blue collar worker retreat. Some of the cruise ship imagery from the abandoned part 3 features; then Deliverance /jungle survival story vs neo-nazi pirates seeking a stash of gold. Tarantino was on speed-dial, readied for script doctor duties. McTiernan and Michael bay happy to direct!

As for Part 5? That Russian one? A solid car chase, yes. Some watchable action. But the WORST of the series, writing wise.

A Good Day To.. = No class. Zero distinction. ANY OTHER PITCH would have beaten this.

Yes, including waiting another 20 years for Die Hard: With a Pension (John is in an Old Peoples’ Home; the terrorists picked the wrong senior citizen..). Or indeed, one would maybe settle for this lovely new ad for BATTERIES. this is now Die Hard 4 AND 5 and 6. Just shorter. 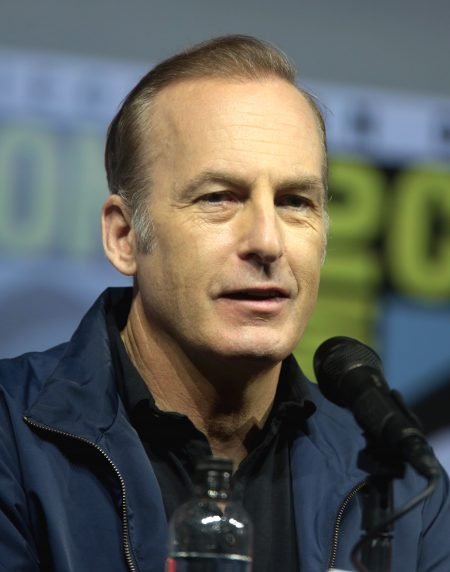