Trump got banned. Ok, fine. But the same platform hosted him, unfettered, for over 4 years while he was POTUS. It’s a BIT easy to exclude him, now, as his regime ends and inevitably to the sound of some rather nasty protests? Just sayin’.

And I would also add that, frankly, if you were a person of profile (as in famous / beloved by some cult like following?)..it is now counter-productive to engage on the Donald issue. Why on Earth, now that Trump is OFF Twitter, would you even want to engage, at a remove, his most fanatical followers ON said network?

Perhaps you are tweeting in haste. Maybe you have a misplaced sense of invincibility in the virtual ether. But it’s certainly not healthy to dwell on the Donald. We, as a world, must move ahead and fast and peacefully. Civil debate with a sub-division of internet nastiness is a logical impossibility.

And so it was, on that very note, I tweeted back to a certain actor. I shan’t name him. But his surname matches that of a household name polishing product. Starts with an S. Has an h, e, e in it and ends in n. That dude. There. No, not Charlie. No, not Martin. Another Sheen, entirely unrelated.

The biopic guy. That one, maybe. I can neither confirm nor deny..etc.. Anyway: He is known as a witty, warm, literate sort of chap. One that both provokes and embraces debate. Fine. Great! So, when I saw him responding to a hashtag mob with Orwellian quotes back?

It just made no sense to me. What a pointless waste of time and talent! So I called it out ‘stop shit stirring’ (water cooler talk, frankly). As in, life is not that bad if you can still debate, openly? And life DEFINITELY far too short to try debate with the un-debatables?!

Anyway: I was not intending to invoke his annoyance / misunderstanding / ire / attention /a-n -other social media reaction.  Alas: He saw it, and suspected I had not read the context of his tweet. Which is also fine. Except that his response was a BIT personal, overly direct, far too attentive. imho, anyway.

He mentions my podcast..its personal! 🙂

I presume he means me btw and not some random who may have targeted the same thread meantime (if so: apologies, but such is the nature of Twitter?).

In any event: He’s advising to think before tweeting and referring it seems, to mental health? Something which, in turn, gets an army of likes. Frightfully confusing.

Anyway. I explained, in a number of tweets, at some length, what I had meant, in my initial tweets, to this actor. I asked that he retract the mental health reference (if directed at me: and could he clarify that it wasn’t, please: clearly he has the time on his hands to do so?). It is not an insult and he does not mean it in a nasty way.

But what if someone did have a mental health condition and felt diminished rather than consoled by the tweet? They might feel a bit saddened / under attack, rather than reprieved. Scary stuff, if one empathises: micro-social media simply cannot convey voice or intention.

That is why the Donald and his followers enjoyed it so much. Nobody can hear nuance.  Misunderstandings via tweets in haste are commonplace. Nice can be nasty and vice versa with one misplaced @.

IE: I am not having a go at Michael Sheen (whoops did I say Michael Sheen..sorry!) so much as at a medium / method/platform that is at odds, logically, with his style: with or without a Trump dragon to slay.

Incidentally: he (this tweeting welsh nameless figure) is a good actor. Best biopic performer you can buy. The definitive Blair onscreen.

Best wishes to you, too, Mr. Sheen! Nothing personal. Cheers! Love your work! Welcome for tea, anytime. Good Beard, too!

Here endeth the lesson. Go in Peace to tweet responsibly. 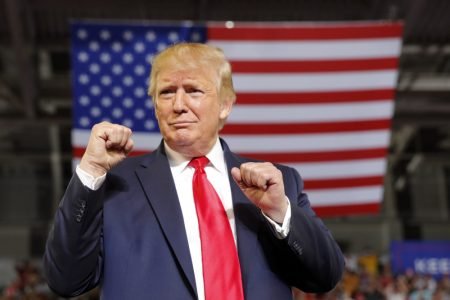