“Whereof one cannot speak, thereof one must be silent.” (a totally famous wise dude). I get it. I am too old to be watching Marvel stuff. You get it: my fraternal, sentimental, hero worship of Iron Man kinda makes it difficult for me to engage, either enthusiastically or objectively, with ‘MCU’ product now he’s off its stage.  That being said? Disney Plus is a hypnotic platform.

You log in, scroll and well, it is ‘there’ in a 20-30 minute pre bed fix and you know it is trending and cannot truly be ducked or bucked. So yes. Cutting a short story long. I watched Falcon and the Winter Soldier throughout the run and gave it a fair review wherever possible.

In summary, so far?

And surely enough (once again, imho); Things came together on those fronts for the finale:

I just felt uncomfortable with this series on occasion. Many mixed messages about patriotism, race, culture, terrorism, government, murder, PTSD and veterans. Yes, sci-fi and fantasy CAN and indeed SHOULD introduce those bigger issues such that kids and families can discuss those post show. Commendable.

But don’t sit there and write didactic dialogue as a substitute for showing a plot unfold which could, through subtext, convey things with more subtlety. Better still: commission a documentary to coincide with the show or a Marvel Knights style more adult oriented drama.

Marvel’s meandering mess of tonal mash-up is sadly the writing method du jour. It serves neither substance nor truly escapist entertainment. It is now the political and media power base axis we must all either accept or avoid. Much like HYDRA, there is no single leader to confront and no army unit one can oppose.

But it is ‘there’: cellular changes to our culture via politics and film. That slow talking lecture that uses big ideas and issues yet says surprisingly little about them, whilst mobilising value judgments including ‘good’, ‘truth’ and ‘right’ for advancement, despite lack of objective grit to back it all up? You would fail A Level for that. So why platform it in both politics and film?

You could literally switch between Falcon and Winter Soldier and any number of press conferences now hosted by politicians. What is the difference? The action, of course.

I LIKE ACTION /ADVENTURE. So I will keep watching. Just don’t think I ‘buy’ your ultimate lack of coherent vision or substance. Same way that boat picnic montage looked very nice but really..do you BELIEVE in it (not in my case; sorry).

‘The show was fine and watchable in places. But not half as clever as Wikipedia’ (Wittgenstein).

MARVEL will return in LOKI.

Falcon and the Winter Soldier 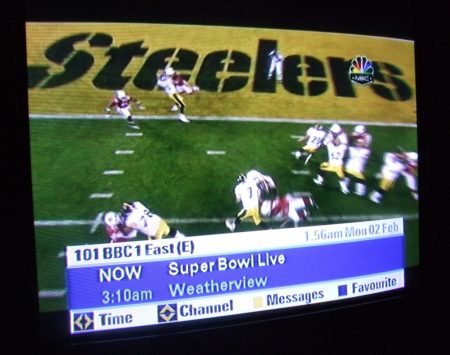