Against the odds, they did it! An actual Oscar Ceremony was held. Fabulous stuff. I loved watching the celebs watching the party. Nicole Kidman as always, divine. Elton John raised a fortune for AIDS charities with the virtual ticket idea. Many thanks, Anne Aslett for the excellent promotional work on behalf of Sir Elton’s charity. Much to celebrate, not despite but because of the extraordinary circumstances in which events unfolded. Yes, the politics are different as is the kind of movie now sought for the big gongs. Big epic biopics are all but forgotten. Fine. We must move with the times.

That said? Always nice to have a reminder of happier times. So yes, I was delighted at Anthony Hopkins’ win for Best Actor in The Father.

Some commentators shunned the win. They really miss the point. IF we genuinely ARE now advancing ‘diversity’ via film? That MUST INCLUDE OLD AGE! MORE stories about dementia, families, coping, adjusting. Citizens in western, capitalist countries, are living longer. There is a 4 generation workplace now and in concert, a crisis of care for those who suffer an ail, suddenly, relative to advancing years. Covid brought that issue home, all too painfully. That makes for a new challenge which must be confronted.

One of the battlefronts is art, creativity and therefore, acting and filmmaking. Getting our older actors involved and vital to the last is no longer an option but more an obligatory mission! Never again must they be defined simply as elderly grandparents divorced from the action, but now forever essential contributors to a communal success.

So, if you are there, bemoaning the Hopkins’ victory? Check your youthful privilege same way we are all now evaluating various injustices that took place generations before our own existence was conceived. Remember too: Julianne Moore won for Still Alice and that  covered similar ground. Was SHE awarded an Oscar due to age? No. But portraying disability has always won, big time. It raises awareness of a cause, transcends corporate politics and showcases some of the finest acting craft.

Remember also: the Academy has form for awarding actors later in life, thereby granting them a second/third/fourth wind in the older phase of their career. John Gielgud won in his 80s and so secured an additional decade of great work. Hopkins is  natural successor in that precedent.

He might even pop up in another Mission:Impossible cameo or reprise Hannibal Lecter? Anthony tends to approach his work in phases like that: ‘not taking it all so seriously‘ as he said back in the mid 1990s, his then first renaissance post Silence /Remains of Day/Nixon et al, taking on Zorro /Bad Company etc. Vital, fun, complex, creative..right to the last!

See you next year! 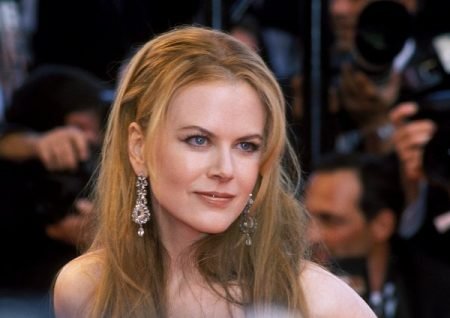 Give Nicole a Break, sisterhood!

Give Nicole a Break, sisterhood!