Internet up in arms! They think Waller-Bridge is ‘replacing’ Harrison Ford.

IS. SHE. BOLLOX. (Deliberate pun). Look. I have not seen the script. And yeah, I was and indeed still am a vocal critic of the overuse and over-praise of Phoebe. And yeah, ok, Disney might very well be looking at how to use the Indiana IP post Ford. So of course, Phoebe MIGHT be in that conversation.

THAT DOES NOT MEAN SHE IS REPLACING HIM FFS!!

1: We know that Harrison turned down any notion of playing second best in the fifth Indy movie. No flashbacks to Chris Pratt/Bradley Cooper/Tom Hardy/Leo DiCaprio/whichever actor was brave enough to play younger Dr Jones. 2: End of ‘Crystal Skull’ made clear that Indiana and Ford were not ready to let anyone wear that hat yet. The Fedora, if it were passed on, would only be allowed to do so, once Harrison had also, um, passed on? And even then, Ford was adamant: ‘when I die, Indy dies’. Fair enough.

3: Setting up potential sequels and successors is NOT the same as ‘replacing’, mid movie. WHAT DON’T PEOPLE ‘GET’ about that? Phoebe is no more displacing /replacing Harrison in the fifth film, than Shia was going to take up the mantle after part 4.

4: NEVER rule out Harrison Ford and Indiana Jones from making more movies, together. Seriously. Just look at Clint Eastwood in CRY MACHO. It is do-able!

5: Ergo, this story RE Waller Bridge as new Indy = a non story. It is total bollox. 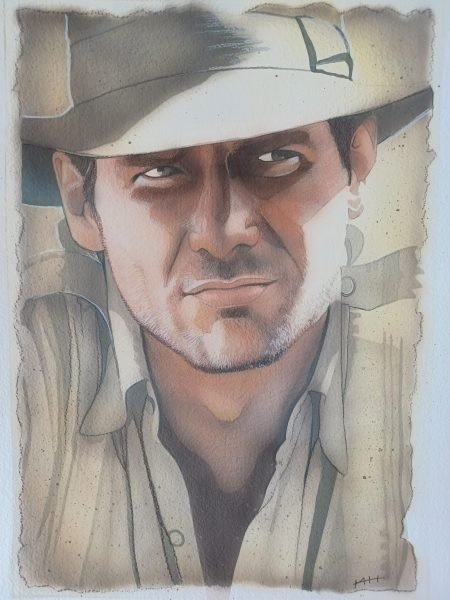