This page is dedicated to show how MovieViral.com has been recognized online and in print. Since January 2009, we have been lucky enough to build a great team of writers to help contribute to our reliability as a source. This reliability has earned us recognition both by national publications and well-known movie blogs. Just take a look.

► In May 2013, MovieViral.com was quoted in the international marketing campaign for Iron Man 3. Watch one of the TV commercials below.

► In June 2009, MovieViral.com was interviewed and quoted in a Los Angeles Times article about the District 9 viral campaign, written by Chris Lee, which you can read here. Below is an excerpt from that article.

“The billboards, benches and websites are a great way to advertise movies, because it gets people talking,” explained Nick Butler, editor in chief of MovieViral.com, which has been following the film’s promotions for nearly a year. “What we see with ‘District 9’ is a combination of real-life experiences mixed in with game experiences that involve websites and Twitter. It is a very successful viral campaign.”

► In November 2009, MovieViral.com was interviewed and quoted in an article for the UK newspaper The Guardian about viral campaigns gone wrong, written by Stuart McGurk, which you can read here. Below is an excerpt from that article.

“There are always going to be problems with unbranded campaigns,” says Dan Koelsch, managing editor of MovieViral.com, “because people may not get the connection to the film, and people fear the unknown.”

► In December 2009, MovieViral.com was once again interviewed and quoted in The Guardian, this time in an article by Jane Graham about the impact of trailers on films. You can read the article in its entirety here. Below is an excerpt from that article.

“In the case of Cloverfield the trailer started the viral,” says Nick Butler, who runs the site MovieViral.com. “People watched the trailer over and over to look for clues, because the whole thing was such a mystery. Some people thought it was about terrorism, or maybe it had something to do with Lost [Abrams’s TV series]. The trailer sent people off to check out the associated website, thousands of people did exactly that and the online buzz grew like crazy. Over the next few months, we were sent all over the internet. In the end I saw the film four times, constantly looking for links between it and the trailer.”

► In March 2010, MovieViral.com’s participation in the viral campaign for Repo Men was recognized by Wired.com. In an exclusive edition of ViralCast, MovieViral.com interviewed two participants in the Repo Men campaign. This ViralCast was the subject of an entire in-game Wired.com article, which you can read here. Below is an excerpt from that article.

“The Union is seriously considering taking out a bounty on this MovieViral website for allowing runners Alex and Ciji to mock our hard-working Repo Men on their afternoon podcast. You can listen to the whole treasonous Movieviral podcast here, though it may not be for the faint of heart. (Though if you are faint of heart, let us fix that for you! We have outstanding payment plans, and a plan for outstanding payments.)”

► In May 2010, MovieViral.com was mentioned briefly in an online USA Today article about J.J. Abrams secret trailer for the film “Super 8.” MovieViral.com posted a leaked version of the film and had in-depth coverage immediately after it’s release. You can read that article here.

► In June 2011, MovieViral.com was mentioned and credited in an IGN.com article about the next installment in the Batman series “The Dark Knight Rises.” MovieViral.com covered the beginning of a possible viral campaign for this film and our coverage was mentioned in this article.

► MovieViral.com is recognized by Google News as an accredited press outlet. Google News is one of the top news sources in the world, and only the best websites with quality content are included in this exclusive program. All of our articles are published to Google, delivering the best movie viral and ARG news to a wider audience.

► MovieViral.com has been linked to by multiple other websites and publications as a source for various reasons. These websites include MSNBC, NYMag, FirstShowing, /Film, Mashable, ReelzChannel, Examiner, MovieFone, Kotaku, Joystiq and many other reputable websites. 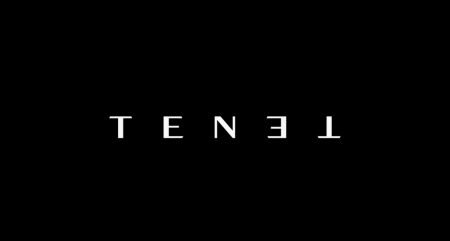